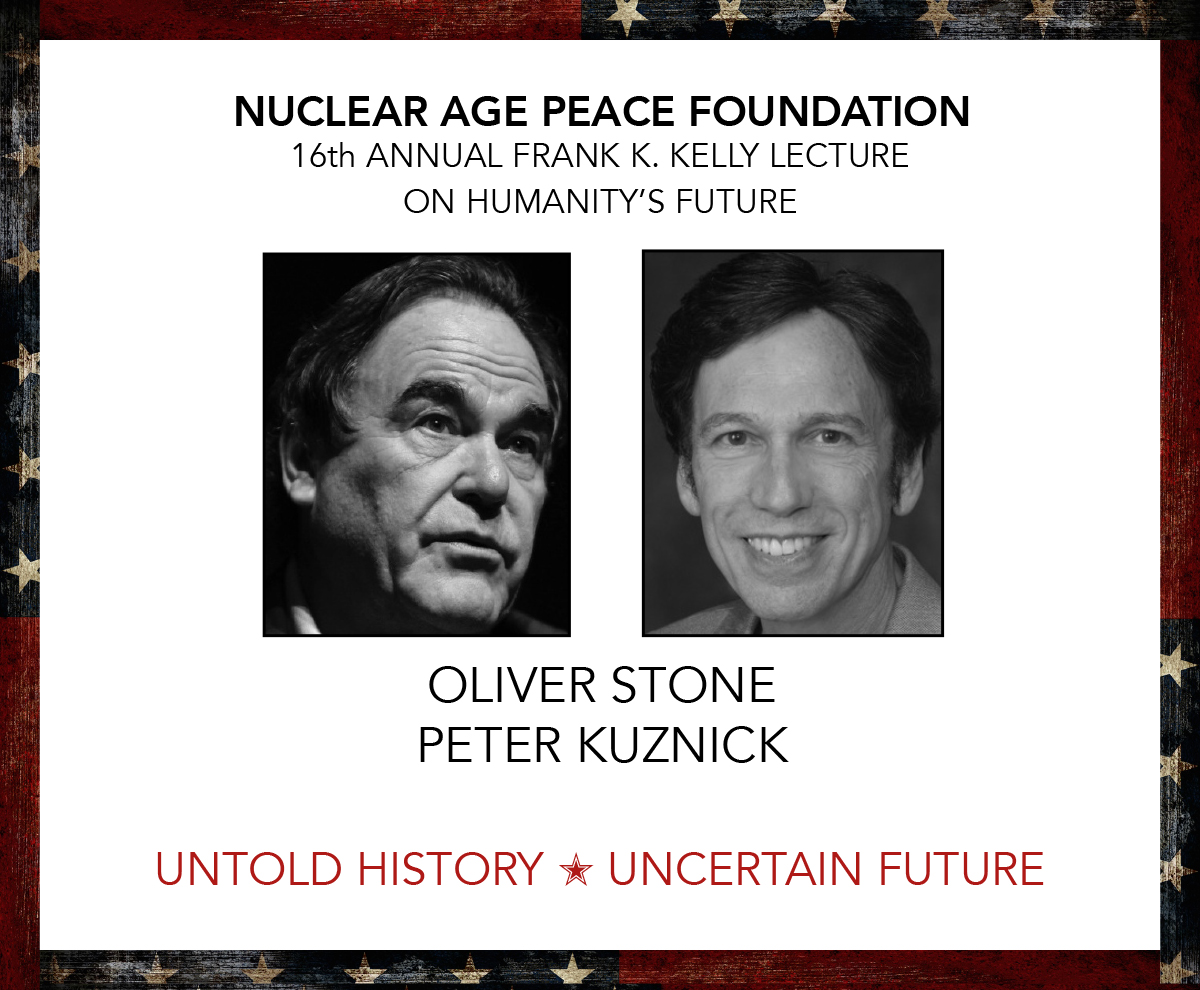 Oliver Stone is an award-winning, larger-than-life writer and director. Stone served in the U.S. Army Infantry in Vietnam from 1967-68 and earned the Bronze Star for valor. Returning from Vietnam, he completed studies at New York University’s Film School. He has written and directed over 20 feature films, including Platoon, Born on the Fourth of July, JFK, and Nixon.

According to Stone, “Generations of Americans have been taught that the United States reluctantly dropped atomic bombs at the end of World War II to save the lives of hundreds of thousands of young men poised to die in an invasion of Japan. The story is really more complicated, more interesting, and much more disturbing.”

Peter Kuznick has long been involved in antiwar and nuclear abolition efforts. He is a prolific author, international speaker, history professor and director of the Nuclear Studies Institute at American University in Washington, DC. A passionate teacher, Professor Kuznick has, since 1995, taken groups of students to Hiroshima and Nagasaki so they might see for themselves the scars of nuclear fallout, both physical and emotional.

Said Kuznick, “In terms of humanity’s ability to destroy itself, the atomic bombings represented the key watershed event in all of history.”

Stone and Kuznick are co-authors of the book and documentary series The Untold History of the United States. In addition to an interview-style conversation, they screened a portion of the documentary and answer questions from the audience.

Video and audio will be available by mid-March.