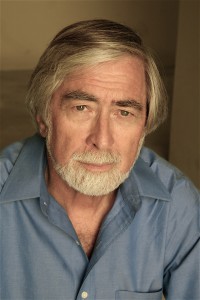 The Nuclear Age Peace Foundation was pleased to welcome Robert Scheer, one of the nation’s most outspoken and progressive journalists, Professor of Communications at the University of Southern California, and Editor-In-Chief of Truthdig.com, to deliver the 15th Annual Frank K. Kelly Lecture on Humanity’s Future.

Robert Scheer has built a reputation for powerful social and political writing during his 30 years as a journalist. His work appears in national media, and his in-depth interviews of prominent political and cultural figures have made international headlines.

Between 1964 and 1969 he was Vietnam correspondent, managing editor and editor in chief of Ramparts magazine. From 1976 to 1993 he served as a national correspondent for the Los Angeles Times and lauched a nationally syndicated column, which is now based at truthdig.com.

Presently, Mr. Scheer can be heard on his new podcast “Scheer Intelligence” and the radio program “Left, Right and Center” on KCRW. He is also a clinical professor of communication at USC’s Annenberg School for Communication and Journalism and he has written ten books, among them “Thinking Tuna Fish, Talking Death: Essays on the Pornography of Power” and “With Enough Shovels: Reagan, Bush and Nuclear War.”

For more information on the Kelly Lecture series, as well as video, audio and photos of Robert Scheer’s lecture, click here.