We Stand With the Marshall Islands 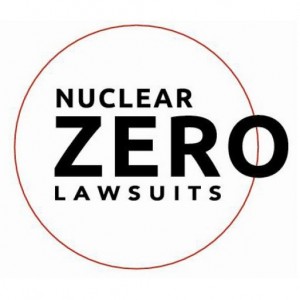 Yesterday marked two years since the Republic of the Marshall Islands (RMI) took a courageous stand against the world’s nine nuclear-armed nations. On April 24, 2014, the RMI filed nine groundbreaking lawsuits at the International Court of Justice and another lawsuit, separately, against the United States in U.S. Federal Court.

The Nuclear Age Peace Foundation is proud to stand with the Marshall Islands in support of this initiative. NAPF has served as a consultant to the RMI from day one, and will continue to do so as the cases move forward. At this time, we are focused on growing public awareness of the cases through traditional and social media, as well as coordinating a consortium of over 100 non-governmental organizations around the world that have signed on in support of the campaign.

Last month, the International Court of Justice in The Hague heard two weeks of oral arguments in the RMI’s cases against the United Kingdom, India and Pakistan. These were the first contentious nuclear disarmament cases ever brought before the world’s highest court.

We were in The Hague to support the legal team and report on the proceedings for the Pressenza international press agency. You can see a summary of our articles here. If you are interested in reviewing the many articles written in the media about the ICJ cases during the month of March, including from Associated Press, Reuters, NPR and BBC, click here.

The RMI’s case against the United States is currently pending in the Ninth Circuit Court of Appeals.

More information about all of the cases is available at www.nuclearzero.org. While you’re there, if you have not yet signed the petition in support of the Marshall Islands’ action, you can join the 5 million-plus who have already done so.

Please consider making a financial contribution to allow us to continue providing support for the Marshall Islands’ critical efforts in the courts.