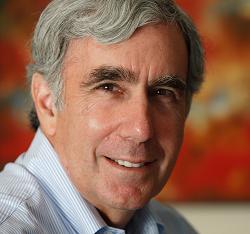 One of the key lessons learned by the United States during the Vietnam War was that conscription leads to middle class discontent with war.  Middle class parents joined their college-age children in protesting an illegal and brutal war.  Ultimately, these protests made the continuation of the war untenable.  A popular protest chant among college students of the era was, “Hell No, we won’t go.”

The political and military establishment in the country found a solution to the problem of middle class protest by doing away with conscription and moving to an all volunteer military force.  As long as there was high enough unemployment and lack of affordable higher education, the military would have a large pool of young people to draw upon for its force, and foreign wars could be pursued without fear of widespread protest.  Middle class children (and, of course, upper class children) could go to college and then into the workplace undisturbed, and their parents would not be concerned or frightened by the possibility of their children being conscripted into the military in a time of war.

The system has worked reasonably well to dampen protest of foreign wars, even a war as egregiously illegal and needless as the war against Iraq.  As volunteers, the soldiers are more pliable and less inclined to protest even the repeated deployments to war zones that they have endured.  With rare exceptions, the soldiers seem to believe they are acting patriotically in carrying out orders, without questioning whether the wars themselves are either beneficial or legal.

While the country spends a great amount of money on its military forces (about one-half of the discretionary funds that are allocated annually by the Congress), this does not necessarily extend to protecting the soldiers themselves.  There have been reports of inadequate body armor for the troops, prompting communities to hold fundraising events to secure the funds to provide such protection to individual soldiers.

Among the lures that the military uses to fill its recruiting quotas are the promises of job security and future educational benefits.  Thus, for poorer members of the society, both jobs and educational opportunities are available through enlistment in the military.  Of course, these are only attractive to those who cannot attain them by other means.

Recently, Simon Johnson, a former chief economist for the International Monetary Fund, was interviewed about Obama’s proposed “compromise” with the Republicans to extend tax cuts for the top two percent of Americans.  Johnson said, as other economists have, that this deal, if enacted, would add substantially to the national debt while providing very little stimulus to the economy in return.  He recommended, as a far better alternative plan for stimulating the economy, to put the majority of the $900 billion it would cost, mostly for tax breaks for the very rich, into education.  On purely economic grounds, the funding for education, with its attendant job creation, is a far better investment in society than tax breaks for the very rich.

But if education and job opportunities for the poorest elements of our society were available through non-military governmental incentives, perhaps impoverished young people would reject the education and job incentives offered through the military.  They would not have to risk their lives in war to get the educational and job opportunities that middle and upper class children have handed to them.  Don’t we owe all young members of our society equal access to education and the workplace, which in essence provides them with equal opportunity?

War should be a last resort for society.  By doing away with conscription, we have made it possible for it to be a first resort.  But we do so by structuring our society so that the poor must go through the gauntlet of the military (and in recent years also repeated tours of duty in war zones) in order to get their opportunity for higher education and gainful employment.

If the current compromise legislation on the extension of the Bush-era tax breaks for the very rich goes through, it will be largely on the backs of the poor.  For the political class promoting this compromise, it will also have the side benefit of assuring enough poverty and unemployment so that the military will have no problem in recruiting soldiers for the ongoing wars of choice that continue to burden our society and our economy.