More Madness in a Mad World, North Korea with the H-Bomb 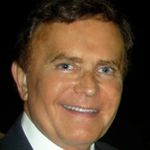 Like a ghastly nightmare, North Korea has announced:  “The republic’s first hydrogen bomb test has been successfully performed at 10:00 am on January 6, 2016.” Experts, however, doubt that the test was any more powerful than previous North Korean nuclear tests.

In 2006, North Korea joined the ranks of the exclusive club of nuclear-armed nations.  What a great achievement, now they can alsothreaten with the use of the ultimate weapon of mass destruction. They are the only country currently testing nuclear weapons.

On a planet under siege and suffering the gravest ecological destruction since the dawn of man, instead of looking for the urgent needed solutions, we bring the Doomsday scenario.

It is ironic that a mere 89 years separated the publication of Darwin’s “The Origin of the Species” in November 24, 1859 to the first detonation of a nuclear weapon on July 16, 1945.  We have come from searching for where and how we came to this world, to the capability of annihilating all life on the planet.  The present international situation is more than daunting. We face an undeniable climate change with all its related impacts; sectarian wars; terrorism; waves of refugees as never seen since WWII; and the list goes on and on.

The consequences of the expansion of nuclear nations project a dark shadow in the goals to have a Zero Nuclear world.  Our voices at NAPF have for more than two decades focused on the awareness and empowerment of the people demanding to stop more nuclear armaments and to comply with the nuclear Non-Proliferation Treaty. North Korea withdrew from the treaty in 2003.

More than ever it is necessary to try the best diplomacy while including economic sanctions on North Korea.  The international community must support these actions unanimously.  We still have a long road ahead to achieve a world free of the menace of a nuclear catastrophe.   We do not need to add more madness to an already troubled humanity.