Youth Speech at the NPT PrepCom 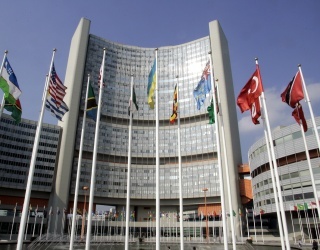 Two years ago in New York our predecessors asked ironically if, at the age of 65, nuclear weapons had reached the time for compulsory retirement. Today, on the verge of them turning 67, we ask you to declare them not only out of business, but also deprived of any retirement scheme.

We are young, but we are not naive.

We are young, but we are not unaware of the world around us.

We are here, representing the youth movement for nuclear non-proliferation and disarmament, urging you to comply with your commitments towards your citizens and to start immediate negotiations for a decisive nuclear weapons convention.

We all know the destructive power of nuclear weapons, as they have been used and tested too often in the past.

Mr. Chairman, the very first resolution of the UN General Assembly established the objective to prohibit the possession of nuclear weapons as a top priority of the international community. Then the Cold War broke out and the two superpowers developed the concept of nuclear deterrence. It is not surprising that the resulting military doctrine was called MAD. The Cold War is now over and deterrence is an outdated justification for the existence of such weapons.

Today, we feel the danger and risk of nuclear weapons more than ever. The source of our fears and frustrations lies in the same events that have recently challenged the goals of the NPT.

We, the youth, fear an arms race in several regions of the world and the unchecked proliferation of nuclear weapons.

We, the youth, sit frustrated as we continue to witness the lack of political will and trust needed to confront these obstacles.

It is crucial to build trust among states by prioritizing the elimination of rapidly deployable nuclear weapons. These weapons can destroy entire cities or countries in a few hours. Increasing trust would mean that states tempted to build new weapons would be universally accountable to the international community.

There is a man who has used nuclear weapons and is now engaging against them. His name is Robert Green, he is a former Commander of the Royal Navy and now one of the staunchest advocates of nuclear abolition. We can all learn from his experience.
There are also those who have survived the use of these terrible weapons. They are the victims and witnesses of the only weapons that could destroy our planet. Hibakushas bring on their dignified fight against them, well aware of their risks. They are a living warning against the worst form of death conceived by humankind, and to ignore them is to ignore the worst risk that humanity could face.

We live in the world of the Third Industrial Revolution, with an increasing power of communication and online interaction. As a result, we are all linked to each other.

How do you justify the existence, development and maintenance of these weapons in a world where your children and grandchildren do not see the difference between an Asian and European boy, between an American and an African girl? And how do you justify them in a world hit by the worst economic crisis since 1929, where youth unemployment is increasingly designing our instable future?
Representatives of the world’s nations, how do you justify maintaining nuclear weapons in such a context? Is this the world that you want to hand down to younger generations?

We, as young people, care a lot about the future of this planet. We are aware that differences of cultures, religions, and political constraints persist. But we will not give up our fight against nuclear weapons.

Do not ignore our concern! Remember your humanity, and forget the rest.

Thank you very much for your attention.