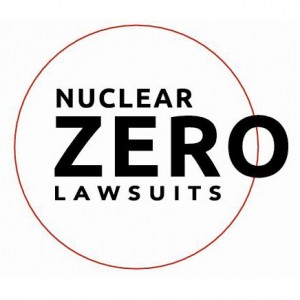 The “Nuclear Nine” – U.S., Russia, UK, France, China, Israel, India, Pakistan and North Korea – were sued five days ago by the Republic of the Marshall Islands for breach of Article VI of the Non-Proliferation Treaty (NPT) and related provisions of customary international law. Very little has been said thus far by representatives of the offending nations. Below is a summary of the statements of Russia, the U.S. and Israel along with some commentary.

“As a result … Russia has reduced its strategic (long-range) nuclear potential by more than 80 percent and its non-strategic nuclear weapons by three-quarters from their peak numbers.”

An eighty percent reduction of a huge number is still a huge number. Russia continues to possess up to 8,500 nuclear weapons. Given what is now widely known about the humanitarian impact of nuclear weapons, it is inexcusable for any nation to act as if it is ok to maintain an arsenal of any size. Perhaps Russia does not realize this because it actively chose to boycott the conferences on the humanitarian impacts of nuclear weapons organized by Norway in 2013 and Mexico in 2014. Their continued boycotting of multilateral initiatives for nuclear disarmament clearly demonstrates Russia’s lack of good faith efforts to fulfill Article VI of the NPT.

Laurie Ashton, counsel to the Marshall Islands on these lawsuits, said, “A country that agrees to reduce antiquated nuclear stockpiles while spending hundreds of billions to make other categories of nuclear weapons more lethal is clearly still arms racing.  In a November 23, 2011 speech, the then Russian President, Dmitry Medvedev, stated that Russia’s ‘new strategic ballistic missiles commissioned by the Strategic Missile Forces and the Navy will be equipped with advanced missile defense penetration systems and new highly-effective warheads.’ The people of the world know when they are being played, and can see right through any argument that responsibility for stalled nuclear disarmament rests elsewhere.”

“We are convinced that filing baseless suits does not foster a favorable conditions [sic] for further steps by the international community in the area of arms control and the non-proliferation of weapons of mass destruction.”

Of course the Russian Foreign Ministry is not going to welcome a lawsuit for breach of an important international treaty. But calling these lawsuits “baseless” is disingenuous and outrageous. Regardless of one’s position on what the outcome of the lawsuits should be, it is quite clear that the Marshall Islands has a valid complaint that deserves to be heard in the courts.

I’m unsure what Russia might consider “favorable conditions” or “further steps,” but I can guess based on the tone of this statement and their decades of inaction on nuclear disarmament. “Favorable conditions” are conditions in which the non-nuclear weapon states continue to be silent and accept the continued existence of thousands of nuclear weapons by a small group of countries. “Further steps” are pretending that the Conference on Disarmament will ever accomplish anything after a nearly two decade deadlock, modernizing its nuclear arsenal while making token reductions in total numbers of weapons, and sidestepping questions about why good faith negotiations for nuclear disarmament are not on the agenda.

“For past 45 years, the international community has made no serious efforts [to fulfill the treaty’s obligation that signatories seek a pact on] complete disarmament under strict and effective international  control.”

This is an obvious attempt to re-direct the blame to the non-descript and unaccountable “international community.” The lawsuit clearly spells out the allegations against Russia. It has not negotiated in good faith for an end to the nuclear arms race at an early date – the NPT has been in force for over 44 years and Russia continues, along with other nuclear-armed nations, to modernize its nuclear arsenal. Russia has not negotiated in good faith for nuclear disarmament. These are violations not only of Article VI of the NPT, but also of customary international law as defined in 1996 by the International Court of Justice.

Phon van den Biesen, co-agent of the Republic of the Marshall Islands in the cases before the International Court of Justice, replied effectively to Russia’s position yesterday when a member of Russia’s delegation to the NPT brought up the point about complete disarmament. Phon said, perhaps only half-jokingly, “You’re talking about the next lawsuit.”

“The Russian Federation is open to interaction with its NPT partners with the aim of seeking the most effective paths to realization of the Treaty.”

“The U.S. is dedicated to achieving the peace and security of a world without nuclear weapons, consistent with our obligations under the Treaty on the Non-Proliferation of Nuclear Weapons.”

When I dedicate myself to achieving something, I aim to do it within my lifetime, and preferably much sooner than that. This statement from the U.S. Department of State might be the first time the Obama administration has written the words “peace and security of a world without nuclear weapons” without immediately following it with some version of “not in my lifetime.”

If I am dedicated to losing weight, I am not going to remodel my kitchen and install a new deep fryer and replace the essential components of my soda machine. If the U.S. is indeed dedicated to a world without nuclear weapons, why is it modernizing its nuclear arsenal and planning which nuclear weapons will be deployed in the 22nd century?

“We have a proven track record of pursuing a consistent, step-by-step approach to nuclear disarmament – the most recent example being the New START Treaty.”

It is painfully obvious that the step-by-step approach so loved by the P5 is little more than a delaying tactic to placate those who are either not paying attention or satisfied with the daily threats to humanity posed by nuclear weapons. At this rate, complete nuclear disarmament will not be achieved in this lifetime or, as former U.S. Secretary of State Hillary Clinton believes, “in successive lifetimes.”

Paul Hirschson, a spokesman for the Israeli Foreign Ministry, said he was unaware of the lawsuit, however “it doesn’t sound relevant because we are not members of the nuclear nonproliferation treaty.”

“It sounds like it doesn’t have any legal legs,” he said about the lawsuit, adding that he was not a legal expert.

I’m not a legal expert either, but just a cursory reading of the application against Israel submitted by the Marshall Islands shows that the lawsuit relates to customary international law. Israel may think it is fine to continue to pretend that they do not possess nuclear weapons, but by filing this lawsuit, the Marshall Islands is calling on Israel to come clean and do the right thing – to negotiate along with all other nuclear-armed states for the elimination of all nuclear weapons.