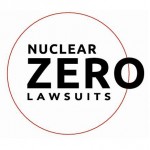 The Republic of the Marshall Islands (RMI) filed a lawsuit against the U.S. on April 24, 2014 for breaches of Article VI of the Non-Proliferation Treaty. Similar lawsuits were filed against all nine nuclear-armed nations (United States, Russia, United Kingdom, France, China, Israel, India, Pakistan, North Korea) in the International Court of Justice.

The Notice of Appearance names three lawyers that will be defending the United States in the case in U.S. Federal District Court. They are:

This filing demonstrates that the United States will indeed be appearing to defend itself and its agencies in court in this unprecedented lawsuit.

For more information on the Nuclear Zero lawsuits, visit www.nuclearzero.org.