We are excited to introduce a new series on our website called Spotlight! We will use this series to highlight people at NAPF and in the nuclear disarmament sphere more generally. For our first Spotlight, we bring you Christian N. Ciobanu, NAPF’s Policy and Advocacy Coordinator. 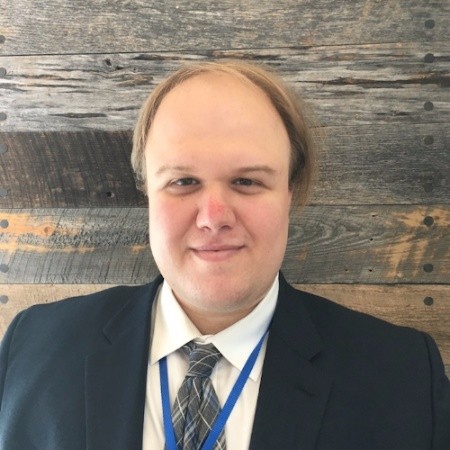 Tell us about your childhood and high school years. What were your interests back then?

I grew up near the United Nations in Tudor City, a neighborhood in East Midtown Manhattan. In high school, I was passionate about public debate, politics, and ancient history.

What did you study in college?

I studied Political Science and Economics at Drew University. I primarily focused on economic development, which motivated me to help communities in Africa. As a result, I interned for the United Methodist Church and Drew University’s Communities of Shalom Initiative in Mzuzu, Malawi, the warm heart of Africa. I collaborated with stakeholders on microenterprises. I worked closely with the local Methodist Reverend and representatives of CitiHope International.

When did you become interested in peace and nuclear weapons issues and why/how?

In 2010, I had the opportunity to attend the 8th NPT Review Conference. At the Review Conference, I heard the testimonies of the Hibakusha (survivors of the atomic bombings of Hiroshima and Nagasaki). Their testimonies motivated me to take action and become an advocate for a world free of nuclear weapons.

What are you working on at NAPF?

Currently, I serve as NAPF’s Policy and Advocacy Coordinator. This position enables me to raise public awareness and encourage states to support the Treaty on the Prohibition of Nuclear Weapons (TPNW) and monitor international peace and security discussions inside the United Nations. I also develop and foster vital relationships between NAPF and states, including Kazakhstan, Marshall Islands, and Kiribati.

As the Policy and Advocacy Coordinator, I am heavily involved in the discussions on the Positive Obligations of the TPNW, including victim assistance, environmental remediation, international cooperation, and assistance. As a result of my involvement on the positive obligations, I was appointed as an adviser on the TPNW to the Permanent Mission of Kiribati.

I also supervise NAPF’s interns in New York. The interns engage in e-diplomacy by tweeting about the international meetings and help to organize events.

Finally, I serve as the primary coordinator of Reverse The Trend: Save Our People, Save Our Planet. This NAPF initiative amplifies the voices of youth from communities that have been impacted by nuclear weapons and climate change. We work directly with Marshallese youth through the Marshallese Educational Initiative.

What are you most passionate about in your work?

I am most passionate about empowering and providing opportunities for youth, especially youth from affected communities to attend high-level meetings on nuclear disarmament affairs and meet with diplomats. It is imperative for the international community to hear their voices. We were able to bring 18 young people to Vienna in June of 2022 for the First Meeting of States Parties on the TPNW and surrounding meetings (ICAN Forum and the UN Humanitarian Conferences). In August of 2022, we enabled young people and colleagues from affected communities to attend the 10th Nuclear Non-Proliferation Treaty Review Conference.

In the summer of 2016, I was awarded the Kathryn Davis Projects for Peace Fellowship. As part of this fellowship, I organized a summer conference on nuclear disarmament in Bali, Indonesia.

Moreover, I served as the official co-chair of the Global Youth Forum on the TPNW, which was held in Auckland, New Zealand in December 2018.

I have also given presentations at several universities, including UPenn, Harvard Law School, NYU, the Graduate Institute of International and Development Studies, and Nagasaki University.