Presidential First Use vs. Congress 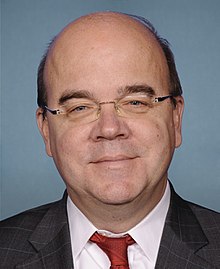 What are the constitutional limits on the president, if any, when it comes to using nuclear weapons? What kind of decision making comes into play when we think of the unthinkable: nuclear war? I say “unthinkable” because for over 70 years the idea around nuclear deterrence has been that we have these terribly destructive nuclear weapons in order to make sure that we do not use them. They used to call this MAD—“mutually assured destruction”—and it is mad. It is totally insane. But this idea remains the international framework for restraint.

The nuclear disarmament treaties of the last decades have been bilateral and multilateral. Such treaties have significantly decreased the number of weapons in the US and Russian arsenals; eliminated nuclear aboveground testing and nearly all belowground testing; prevented nearly all countries from acquiring or developing nuclear weapons; and restrained those nations that have nuclear weapons from acquiring new ones. These were no small accomplishments. Congress has enshrined most of these into US law, either by ratifying treaties or by authorizing and funding nonproliferation programs. I firmly believe that Congress would not have acted in these ways without a very engaged citizenry.

And now here we are today. Speaking for myself, I don’t believe that I’ve ever been so worried about a possible nuclear confrontation in my life. Nuclear weapon use can be triggered very quickly and then can escalate so rapidly that before we know it we’re in a nuclear war. The national command authority is very simple. The president makes the decision to use nuclear weapons and the secretary of defense executes the order. If that doesn’t scare the hell out of you right now, I don’t know what will. Once the decision is made and in the process of being carried out, our systems of checks and balances don’t apply. Congress couldn’t stop it. The Supreme Court couldn’t stop it. The way it’s set up, not even the secretary of defense in theory has the authority to stop it.

This is far from what the framers of the Constitution had in mind when they drafted and adopted the document as the foundation of all our laws and democratic institutions. The framers gave the power to declare war to Congress. That is why H.R. 669 and S. 200, the Restricting First Use of Nuclear Weapons Act, was introduced by Congressman Ted Lieu of California and Massachusetts Senator Ed Markey, in January 2017. This bill prohibits any and every president from using US armed forces to carry out a first-use nuclear strike unless Congress has declared war and authorized such a first strike. I’m proud to be the very first cosponsor of the House bill, H.R. 669, which currently has 77 cosponsors: not a bad beginning.

Requiring that Congress authorize a nuclear first strike shouldn’t be a Democrat or Republican issue. This is a commonsense issue. The bill clearly defines a first strike as meaning that the enemy has not launched a nuclear weapon against the United States or an ally of the United States. If another country launches a nuclear weapon at us, the President does have the right to proportionate self-defense under international law.

Some might argue that prohibiting the United States from striking first with a nuclear weapon ties the president’s hands and makes the country vulnerable to attack. However, former Secretary of Defense William Perry, a true champion of rational nuclear disarmament, has noted that in any imaginable scenario, the US military could rely on our conventional arsenal alone to deliver a first strike of devastating force. That conventional arsenal includes our B-2 bombers, our cruise missiles, our Tomahawks, our nonnuclear ICBMs, and a huge range of weaponry. We’ve seen the destructive capacity of those conventional first-strike weapons in Iraq and Afghanistan. Limiting a first strike involving nuclear force does not leave us weak or vulnerable.

Democrats were strongly pushing President Obama to adopt a no-first-strike policy when he was in office. This is not just about President Trump. We have been contemplating this policy for quite some time. But it will take many more cosponsors for this bill to have any chance of moving in the House or the Senate. It will take the Republican leadership of Congress being a lot more nervous about the possibility of the president actually launching a nuclear strike. Meanwhile we have the President backing away from hard-won international agreements to keep nuclear weapons out of the hands of the Iranians. We have him exchanging ever more heated taunts with nuclear-armed North Korea. This is why the Markey-Lieu bill is so absolutely necessary.

Congress needs to assert its Constitutional authority when it comes to war, and especially when it comes to the catastrophic possibility of nuclear war. I’m proud to have also joined with Senator Markey and Representative Conyers to introduce bipartisan, bicameral legislation to reaffirm Congress’s constitutional power over first strike on North Korea. H.R. 4140, the No Unconstitutional Strike against North Korea Act, was introduced last October with 60 co-sponsors. Two of them are Republicans. The bill restricts any funds from being used to launch a military strike against North Korea without prior approval from Congress. That’s any strike, not just a nuclear strike. Because war is war is war is war, and only Congress has the right to declare and authorize it.

I worry that President Trump actually believes that we have some kind of missile defense system able to knock all of North Korea’s nuclear weapons out of the sky if they were to launch a nuclear weapon. No such thing exists. We cannot guarantee the protection of ourselves and our allies.

These current crises, threatening and as frightening as they are, speak to the underlying and long-unresolved crisis of nuclear weapons themselves. President Obama began a program of so-called nuclear modernization, which would update, not just maintain, the current US nuclear arsenal, and replace older nuclear weapons with modern versions. President Trump has doubled down on that proposal to modernize and update our current nuclear weapons, and is proposing to create new nuclear weapons.

The Congressional Budget Office (CBO) came out with a report that estimated the cost of President Trump’s plans to maintain and replace the US nuclear arsenal over 30 years at $1.24 trillion. That is $200 billion more than the last estimate. When you factor in inflation the price tag soars to $1.7 trillion. These costs are simply unsustainable. They threaten the entire federal budget, including the rest of the military budget.

The CBO report also laid out several different options for improving our military force structure that are much more cost-effective. This is important, because the Pentagon sometimes likes to paint its proposals in very stark terms: either give us everything we ask for or we’re all gonna die. That’s a false choice, as the CBO report makes abundantly clear.

However, I fervently believe that the best choice the United States can make, and that the world can make, is to eliminate nuclear weapons altogether. I realize that this can’t be done in a day. I’m not a fool. But my fear right now is that there has been a shift in thinking among the nuclear powers—not just the United States and Russia but also France, the UK, and China, not to mention India, Pakistan, and North Korea—that nuclear arsenals must be protected, updated, and increased, all with an eye to the inevitable use of a nuclear strike against an enemy in the foreseeable future.

While the nuclear powers are hunkering down, the rest of the world is moving toward a demand for total nuclear disarmament. Not too long ago that was at least a future goal of nuclear powers: careful, verifiable, incremental disarmament, while assuring that no other nation acquired nuclear weapons capabilities. I fear for the current moment. We have members of Congress who think using a nuke against North Korea or Iran is not just something we should think about; they believe it is something we should do.

I think it’s time to get moving again. It’s time once again to remind our friends, our neighbors, our coworkers that these are issues that affect every single American family, every single one of us. In a very busy world, where families are focused on picking up their kids from school, wondering how the economy is going to affect their jobs and their grocery bills, there is one more sure thing that we all need to remember: a nuclear war will kill us all. Quickly or slowly, it will kill all of us. Nuclear war not only devastates the people where it falls. Over time, it would devastate the world as we know it. That was once a commonly understood fact, but it’s been forgotten because so many other crises and hardships have moved to the forefront.

It is time to remind everyone, including every single member of Congress, what the reality is. It is time to rebuild this movement across ages, across regions, cities, towns, suburbs, and rural communities, across genders and races, because a nuclear war will devastate us all. It’s important to remember, though, how different the times are now than when the freeze movement was organized. We no longer have a Democratic Congress. We don’t even have a moderate Republican Congress. We have a very conservative Republican-controlled House and Senate that have never moved forward any legislation outside their own narrow agenda. And we have a very unstable, volatile, erratic White House.

In 1978 I was a college intern in the office of Senator George McGovern (no relation but one of my heroes). I had the privilege of attending a debate that he had with William F. Buckley Jr. at Yale University. The debate was entitled “Resolved: That the Strategic Arms Limitation Talks Are in the Interest of US National Security.” Senator McGovern concluded by referring to a 1963 debate on a limited nuclear test ban treaty. And here’s what he said that night at Yale:

Senator Everett Dirksen took the floor to close the debate. He said that he had just reread John Hersey’s Hiroshima, the description of what happened to that great city, the morning after. The scene of one family sitting charred around the breakfast table; out in the yard, bits and pieces of children’s clothing; the broken arm of a doll; toys and debris scattered over the landscape. And he said, “I thought about that scene, and I said that someday Everett Dirksen will be buried in Illinois, and when that happens, I don’t want them to put on my gravestone, ‘He knew about this, and he didn’t care.’”

We need to show that we care. We need to build this movement. Time is of the essence.