Bill Kidd MSP, who represents Glasgow Anniesland in the Scottish Parliament, introduced this motion on April 29, 2014. Bill Kidd is also Vice-President of Parliamentarians for Nuclear Non-Proliferation and Disarmament. 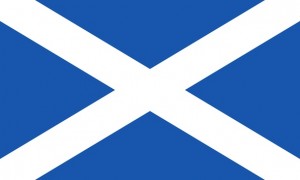 That the Parliament acknowledges the actions of the Republic of the Marshall Islands in filing lawsuits at the International Court of Justice against the nine nuclear powers, the UK, France, the USA, China, Russia, India, Pakistan, North Korea and Israel, for violations of international law under the 1968 Nuclear Non-Proliferation Treaty; notes the details of the lawsuits, which include the continuing modernisation of these states’ nuclear arsenals and their failure to negotiate nuclear disarmament, in clear breach of the 1968 treaty and international law; echoes the sentiments of the Foreign Minister or the Republic of the Marshall Islands, Tony de Brum, in stating “our people have suffered the catastrophic and irreparable damage of these weapons, and we vow to fight so that no one else on Earth will ever again experience these atrocities” when referring to the 67 nuclear weapons tests conducted in the Marshall Islands from 1946 to 1958, including the 1954 Castle Bravo nuclear test, which was 1,000 times greater than the bomb that destroyed the city of Hiroshima, and calls on the nations possessing nuclear weapons to fulfil their nuclear disarmament obligations.