Hibakusha Thoughts on the 70th Anniversary of the Nuclear Age 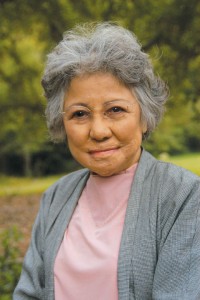 “This year, 2015, commemorates the seventieth anniversary of the atomic bombing of Hiroshima on August 6, 1945, and Nagasaki on August 9, 1945, yet I will always remember the horrible tragedy.

“During this year, in particular, the mass media covered many peace organizations that held anti-war and anti-nuclear events. I hope many people will participate in and learn from these events to cooperate for promotion of peace.

“People cannot live forever. People die from natural causes such as illness and disease and from natural disasters such as floods, fires, and earthquakes, but war claims the most lives. People start wars. People should stop wars.

“People worldwide still suffer from the aftermath of war.

“To have world peace, everybody in the world must cooperate.” 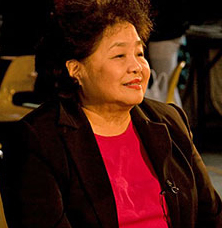 “The first thought that comes to me is the image of my four-year-old nephew Eiji transformed to a charred, blackened child who died in agony. Had he not been a victim of the atomic bomb, he would have been 74 years old this year. This shocked me. Regardless of the passage of time, he remains in my memory as a four-year-old child, who came to represent all the innocent children of the world. This has been the driving, compelling force for me to continue my struggle against the ultimate evil of nuclear weapons. His image is burned into my retina.

“Many survivors have been passing in recent years with their dream of the abolition of nuclear weapons unfulfilled. Yes, their motto was, ‘Abolition in our lifetime.’ This reality intensifies the sense of urgency more than ever, with firmer commitment.”