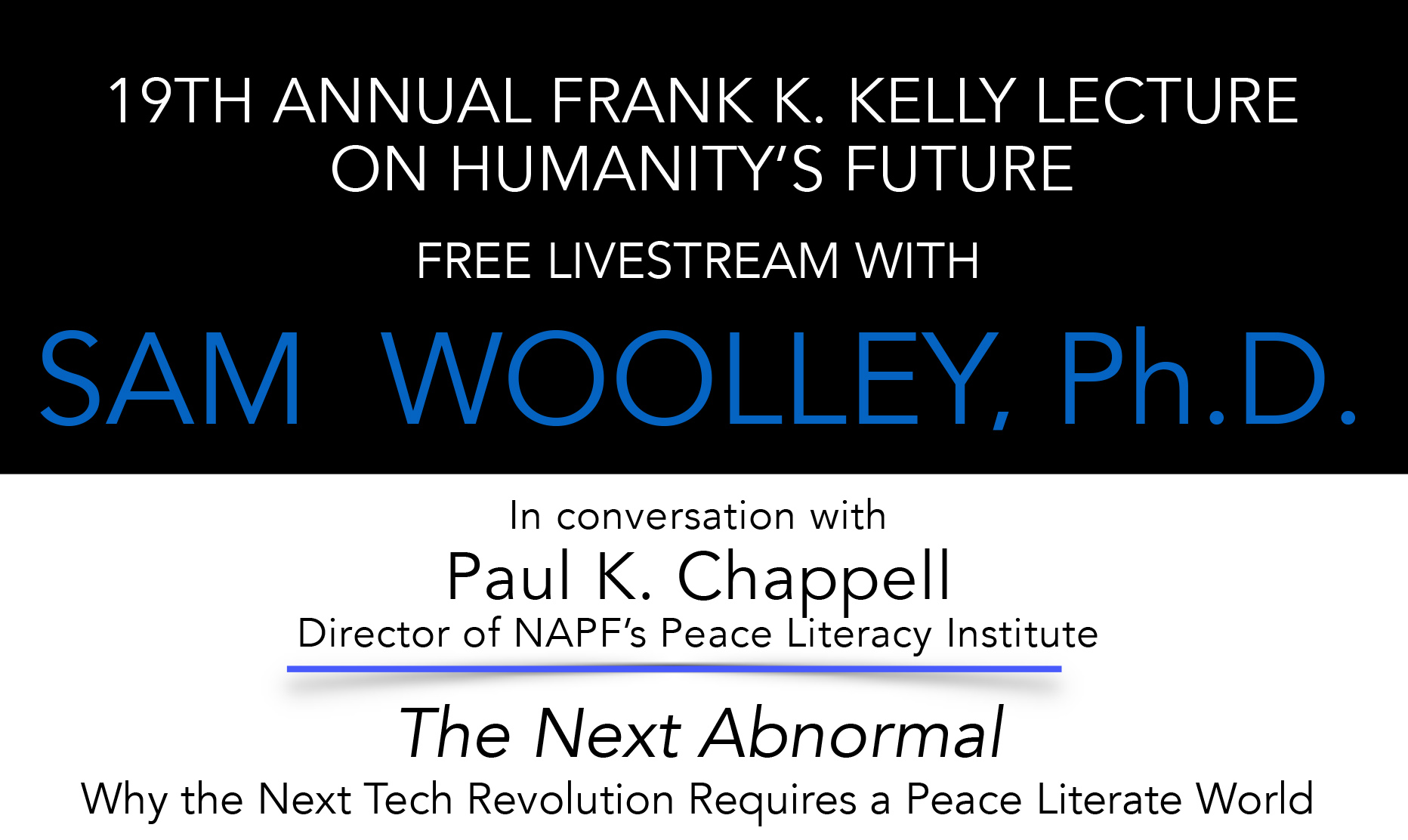 NAPF’s 19th Annual Frank K. Kelly Lecture on Humanity’s Future will take place online on Thursday, October 29, at 6:00 pm Pacific Time. The event is free and open to all, but registration is required.

The most dangerous weapons of war in the 21st century aren’t bombs or bullets, but the weaponization of mistrust, alienation, rage, helplessness, and cynicism. This weaponization makes all forms of violence more likely, including nuclear war. Social media and smartphones have created a new digital landscape, which the Bulletin of the Atomic Scientists calls the “New Abnormal,” that enables this weaponization in unprecedented ways — ways that are tearing our world apart. The “Next Abnormal” describes the coming tech revolution that will bring even more powerful and potentially dangerous technologies.

Sam Woolley, author of The Reality Game: How the Next Wave of Technology Will Break the Truth and Paul K. Chappell, Director of NAPF’s Peace Literacy Institute, and author of the seven-book Road to Peace series will discuss emerging technologies, how they’re impacting our lives today, what they mean for the upcoming election and for the future. They’ll address the need to create a new culture of innovation, built around accountability and transparency. They’ll look at what it means to have realistic hope and how we can work to empower people rather than control them.