At Chautauqua: Hope and Peace Literacy 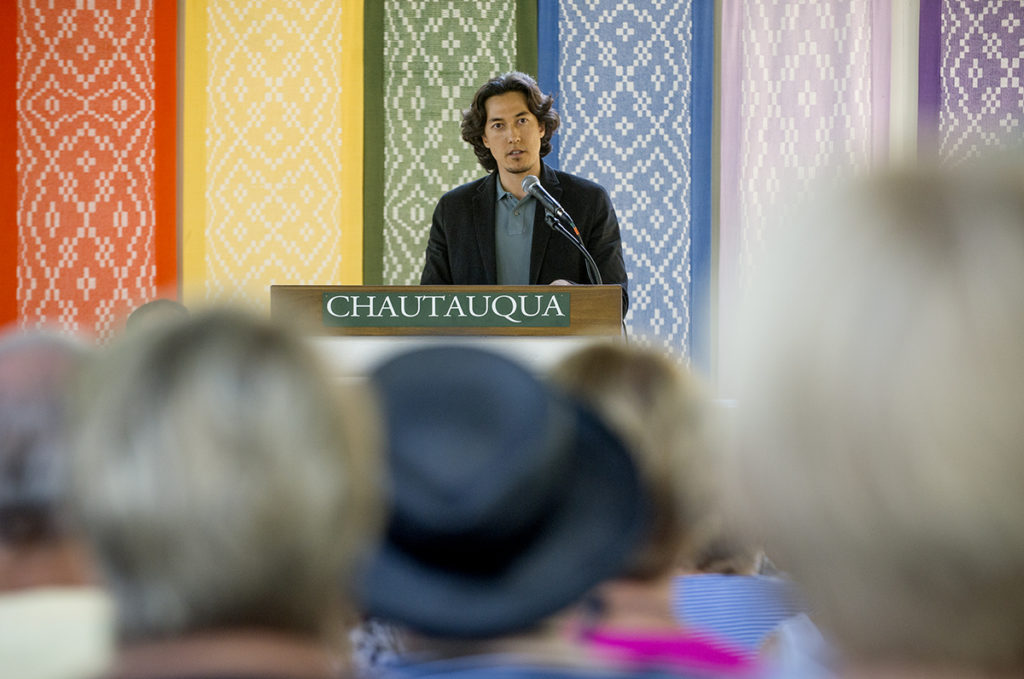 Paul K. Chappell speaking at the Chautauqua Institution in August 2016.

“Unexpected and so fundamentally hopeful.”

This is how Tom Casey of Pax Christi described Paul K. Chappell’s talk given on August 19, 2016 at the Chautauqua Institution as the final lecture for the week-long summer series on “The Ethical Realities of War.” Casey joined about 1,200 other attendees in the open-air Hall of Philosophy, built to resemble the Parthenon.

Activist and writer Susan Dixon, who is working on a book project about the Vietnam War, confirmed the talk’s emotional uplift. “Paul K. Chappell envisions a world without war and lays out a path toward that world based on history, mythology, psychology, and a deep respect for human nature. Those that lead the way will have the strength, discipline, and courage of a warrior to build a world of peace. Paul makes peace seem not only possible in theory but attainable in practice.”

Educator Barbara Mallin referred to one of Paul’s foundational themes: “Paul gives me hope in our shared humanity because he believes the man is not violent by nature.  If violence is a learned behavior, change is possible…..peace is possible.”

She also found hope in the new NAPF initiative on Peace Literacy. “Paul cites numerous examples of how humans have made progress in a variety of areas over the past years. It is Paul’s belief that we can also continue to make progress in ending war and waging peace. To do this we must take the time and put forth the effort needed to become peace literate. Just as math, reading, and science literacy are important, so is peace literacy, which educates us on solving the root causes of violence rather than just the symptoms.”

Tom Casey looked into the future and added, “As I listened to Paul, I realized it is people with his military experience, deep insights into human nature, intensely realistic grasp of the world as it is, and commitment to a better world whom we need writing peace curriculums, and teaching our adults and children on how to achieve a more peaceful world.”

Paul K. Chappell’s complete Chautauqua talk (54 minutes with 20 minutes for answers and questions) can be viewed at https://www.youtube.com/watch?v=4VpJcYLcTS8

For more information on the NAPF initiative on Peace Literacy, visit peaceliteracy.org.