An Open Letter to President Loeak of the Marshall Islands 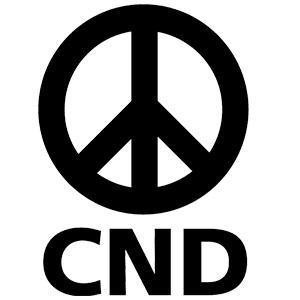 I am writing on behalf of the Campaign for Nuclear Disarmament to express our great appreciation for your decision to institute legal proceedings against the nine nuclear weapons states. We sincerely welcome your decision to take them to the International Court of Justice for their failure to comply with Article VI of the nuclear Non-Proliferation Treaty: to ‘pursue in good faith and bring to a conclusion negotiations leading to nuclear disarmament in all its aspects under strict and effective international control’.

We feel a debt of gratitude to you, in particular, for instituting proceedings against our own country, the United Kingdom, the governments of which we have challenged since our foundation in 1958. Your principled and courageous stand will assist our current struggle to prevent the replacement of the Trident nuclear weapons system. It will expose the hypocrisy of our government as it claims to support the goals of the NPT yet plans to spend vast sums on building new nuclear weapons; it will reveal the obstructionism of our government as it boycotts and derails sincere initiatives towards global abolition; and it will lay bare our government’s contempt for the fundamental NPT bargain – that non-proliferation and disarmament are inseparable.

As well as the undoubted legal weight of your case, we believe that the case you have put to the International Court of Justice also carries extraordinary moral weight. We are well aware of the terrible suffering and damage inflicted on your people. We recall with horror that between 1946 and 1958, the US tested 67 nuclear weapons in the Marshall Islands, earning your country the description ‘by far the most contaminated place in the world’, from the US Atomic Energy Agency.

Together with our support for your legal proceedings and our recognition of the intense suffering from which this was born, I would like to say that we also feel a strong and long lasting bond with the people of the Marshall Islands. Our movement, the Campaign for Nuclear Disarmament, was founded in large part as a response to the H-bomb testing of the 1950s, so much of which was carried out in your islands. In our early years we campaigned strenuously for the abolition of nuclear weapons testing until the achievement of the Partial Test Ban Treaty in 1963.

The test on Bikini Atoll, in your country, in March 1954, with its terrible radiation impact on the people of Rongelap, moved countless people around the world to action. The tragic consequences for the Lucky Dragon, caught in the impact, stirred a whole generation of activists to oppose nuclear weapons. The experience of your country and your people is at the very heart of our movement.

We pledge our support to you and wish you every success in this most crucial of struggles.