On December 5, 2014, the International Peace Bureau awarded the Sean MacBride Peace Prize the people and government of the Marshall Islands. Marshall Islands Foreign Minister Tony de Brum accepted the award. His speech is below. Video of the award ceremony is available here. 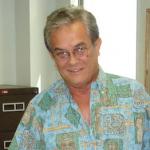 I am deeply honored to receive this, to accept this award, on behalf of the people and the government of the Marshall Islands. I accept it on behalf of President Christopher Loeak and his government, who have been very supportive of all our efforts in every faction on the floor of Parliament, in the cabinet, throughout the ministries and the public service, through the education system, through the public live broadcast system and in all of our encounters with the young people of the country – educational meetings, graduation speeches, and the like.

I accept it with humility on behalf of all the people of the Marshall Islands, for all the fathers of the many families, both those that remain in their homelands, and those that are so sadly separated from the land which nurtured their parents and their grandparents and which gives them the soul to be Marshallese persons.

I accept it on behalf of the women of the Marshall Islands who have had to quietly suffer through the years the indignation, the shame, the hardship of being cast aside as different or as deserving of their fate because they happened to not know what it was that affected them. I accept it on behalf of those women, especially of the community of Rongelap, who on the morning of Bravo – two days after Bravo actually was still the morning of Bravo in Rongelap – had to withstand the shame of being stripped naked in front of their village, in the village square, to be hosed down to get rid of the radioactive powder on their bodies, in front of their children, their sons, and their male relatives.

I accept it on behalf of those women who were accused of having illicit relationships which caused their children to become jelly babies, being accused of incestuous relationships and therefore not being capable of having proper babies.

I accept it on behalf of the children who have survived, like my granddaughter whose two year battle with leukemia has resulted in a healthy nine-year-old in the fourth grade who is doing well, thank you, for now.

I accept it on behalf of all the people of Bikini who cannot return home, but must stay in two split societies, one in Kili, one in Ejit, while they still call themselves Bikinians, and are proud to say “I come from KBE,” – Kili, Bikini, Ejit – because Kili is where one half of them stay, Ejit is where the other half, and Bikini is the place where they long to stay.

My colleague, Obet Kilon, is from Bikini. He’s a young, up-and-coming Foreign Service officer in our government, and he will carry this banner long after I am dead and gone, I am sure. I accept it on behalf of Kilon and his family, and all the other people of Bikini.

I accept it on behalf of the children of the Marshalls who will be born next year, and the year after, and the decade after who, for God’s sakes, must have a better life than their parents did.

I accept it on behalf of all of those who have contributed to make it happen that we are recognized for filing the cases against the nuclear states in the ICJ. Without your support, without your counsel, without your confirmation that what we wanted to do was the right thing to do, it would have been difficult for us to step forward and carry out this very, very important step in bringing peace to the world in getting rid of nuclear weapons once and for all.

I accept it on behalf of all those who have sent support for our efforts. I accept it on behalf of our friends from Japan, some of whom are here tonight, who have suffered more directly than we have.
If there was one thing that we could point to and accept as perhaps a wish that no one could possibly deny exists in the heart of every Marshallese, it is that this madness be nipped at the bud, that it not be allowed to happen again, that war with nuclear weapons must be recognized for what it is: an evil end to civilization. It is no longer bombs being tested, it is no longer select cities where bombs will be dropped, and then things will be over. It is a final, a very final, act of insanity.

I will take this medal back with me to the President and his cabinet, to Parliament in the January session, which begins the first Monday of January, and then we will pass it around to all the islands of the Marshalls for them to see, for the children to feel it, for the children to see that, yes, there are smart and concerned people in the world that believe like we do.

The most rewarding part of doing what we do in spreading the word of nuclear peace is to see the eyes of children light up when they understand what is being done. Because the bad side of the story has been told to them, what we are trying to do is to tell them the good side of the story, and this will be a milestone in the telling of that story.

Thank you very much.