A Small Republic with Big Principles 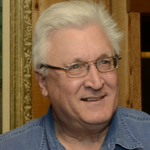 When one is called upon to speak on Sadako Peace Day concerning the necessity of peace in the nuclear age, what can one say that has not been said many times before by speakers more knowledgeable and eloquent than oneself? In this connection I am fortunate that the year 2014 is witnessing a little publicized but unique and potentially historic development in the long campaign for nuclear disarmament. But before we discuss this development, let us consider the meaning of Sadako Peace Day and our purpose in gathering at this lovely spot every year on August 6th.

[Parenthetically you may not realize that during the three day period between these two events, the victorious allies in Europe – the United States, the Soviet Union, Great Britain, and France – agreed to put certain Nazi leaders on trial at Nuremberg for war crimes. Whether the irony of this timing occurred to any of the allies at the time is a question I shall leave to the historians.]

In any case at the time of the atomic bombing of Hiroshima, a little two-year-old girl by the name of Sadako Sasaki was living in the city with her family. Although Sadako was not overtly hurt at the time of the bombing, nine years later in November of 1954 she developed swellings on her neck and behind her ears. By January of 1955 purple spots had formed on her legs. By February Sadako, then age 12, had been diagnosed with leukemia and was hospitalized at the Red Cross Hospital in Hiroshima. During that summer Sadako’s best friend came to visit her. Her friend brought a square piece of gold paper and reminded Sadako of the ancient Japanese legend that promises to anyone who folds a thousand paper cranes that she will be granted a wish. So Sadako began folding cranes. On one of the cranes she wrote the words, “I shall write peace on their wings, and they will fly all over the world.” The story goes that Sadako was able to fold 644 cranes before she passed away in October of that year at the age of 12. Her many friends and schoolmates then took upon themselves to complete the 1,000 cranes and buried them with her.

Sadako was among many Japanese citizens, especially children, who developed leukemia after the atomic bombings. By the early 1950s it was clear that this unusually high incidence of leukemia had been caused by radiation exposure.

Today there is a statue of Sadako at the Peace Park in Hiroshima which depicts her holding a golden paper crane. At the foot of the statue is a plaque that reads: “This is our cry. This is our prayer. Peace in the world.” Sadako’s story is famous among the Japanese, who regard her as a symbol of all the children who died from the effects of the atomic bombs. Today people all over Japan celebrate August 6th as their annual peace day. We at the Nuclear Age Peace Foundation believe it only fitting that we follow their example by gathering at this little peace park for our own remembrance of those events and to ponder their meaning for us today.

Of course many of the survivors of the atomic bombs are still living today. In Japan these survivors are known as “Hibakusha,” which means “explosion-affected people.” Some of these Hibakusha have devoted their lives to raising public awareness of the dangers of nuclear war and of the potential effects of nuclear weapons. [If there are any Hibakusha here today, would you please rise so that we may recognize you and express our appreciation?]

This brings me to my second proposition: nuclear weapons are simply too dangerous to be in the possession of fallible human beings. We all know that military forces, like all human organizations, are prone to accidents, mistakes, misperceptions, and mental and emotional disorders. The recent destruction of the civilian airliner over eastern Ukraine is only one of a long train of tragic examples that we could point to. To mention a comparable tragedy, in 1988 the U.S. Navy destroyed a civilian airliner by mistake over the Persian Gulf, causing a total loss of life similar to that in the Ukraine tragedy. With respect to nuclear weapons, for those who are not convinced that we are living on borrowed time after a series of narrowly averted catastrophes during the nuclear age, the history to read is Command and Control by Eric Schlosser. In our hubris as a society and as a species, we are living with the illusion that human beings have a god-like capacity to maintain and deploy nuclear weapons without serious risk of accidents, mistakes, misperceptions, and mental and emotional disorders.

Now let me switch gears and tell you about a small but proud nation in the northwestern Pacific known as the Republic of the Marshall Islands. This small island nation consists of 24 coral atolls and is home to approximately 70,000 people. During the 12-year period from 1946 through 1958 the U. S. Government used the Marshall Islands as a testing ground, first for atomic weapons, and later for far more powerful thermonuclear weapons. During this period the Government exploded a total of 67 of these weapons in the Marshall Islands. The horrific environmental and health effects of these tests are still a daily experience for many in these Islands today.

Fast forward to 1962, when the Cuban missile crisis brought the United States and the Soviet Union so close to nuclear war that they saw the need to bring this potentially catastrophic risk under control. The result was a grand, worldwide treaty, imprecisely known as the “Nuclear Non-Proliferation Treaty,” which came into force in 1970. By this Treaty the great majority of nations of the world promised not to seek or acquire nuclear weapons. Further, those nations and the few nations then in possession of nuclear weapons – the United States, the Soviet Union, Great Britain, France, and China – agreed to negotiate in good faith to terminate the nuclear arms race and to eliminate nuclear weapons from the planet.

Now, 44 years later, the Republic of the Marshall Islands, a state party to the Treaty, is standing up to the nuclear giants and by its actions is saying to them,

“Enough is enough. More than forty years ago you, the nuclear giants, promoted and engineered this grand bargain by which the nations without nuclear weapons agreed not to seek or acquire them, and in return you promised to negotiate for nuclear disarmament. Now after more than four decades, the world still waits for these negotiations to begin. Having kept our end of the bargain, we the Republic of the Marshall Islands are taking action against you, the nuclear giants, by initiating lawsuits in the International Court of Justice by which we seek to hold you accountable for your respective failures to negotiate for nuclear disarmament. For jurisdictional purposes we also have initiated a separate lawsuit against the United States in U.S. federal court in San Francisco. Although Israel, India, Pakistan, and North Korea are not parties to this Treaty, we also have initiated lawsuits against them in the International Court of Justice for their failures to negotiate for nuclear disarmament as required by customary international law. The time has come for you to answer in court for your failures to negotiate for disarmament. We seek no financial compensation from these legal proceedings. We seek only that you be required by the courts to perform your end of the bargain, that is, to negotiate in good faith for nuclear disarmament.”

That is the effective message of the Republic of the Marshall Islands to the nuclear giants. These lawsuits may seem like something out of Don Quixote – a small country challenging the nuclear giants in courts of law over their failures to negotiate for disarmament. Can small countries really do this? We shall see; like the Apollo moon landings, lawsuits like these have never been attempted before. But when the vast majority of countries enter into a grand bargain in which they promise not to acquire nuclear weapons, and in return the relatively few nuclear giants promise to negotiate for nuclear disarmament, and then more than four decades pass without negotiations for disarmament, to what institutions can the non-nuclear countries turn for help other than the courts? Is enforcing bargains, even grand, multi-national treaties, not a role of the courts? If not, then what is the value of this Treaty, or for that matter any treaty, in world affairs? Our Government likes to speak of “the rule of law” as a necessary feature of a free and just society. And yet if nations do not allow courts of law to judge their performance of their mutual legal obligations, then what does that imply for the rule of law among nations? And in the case of the Nuclear Non-Proliferation Treaty, what would that imply for the long-term survival of our species?

Of course challenging the nuclear giants in court over their failures to negotiate for disarmament would entail political and economic risks for any country, large or small. No country can afford to challenge the nuclear giants lightly on such a sensitive and emotional issue. Therefore we at the Nuclear Age Peace Foundation, with our long-standing commitment to the universal, transparent, irreversible, and verifiable abolition of nuclear weapons from the planet, are especially proud to associate ourselves with this small Republic’s historic and courageous challenge to the continuing possession of nuclear weapons by a very few rogue nations.

As you surely recognize, there is a sense in which the Marshall Islands represent not only their own citizens by these lawsuits, but in the final analysis all of humankind. When the Republic filed these lawsuits on April 24th, their Minister of Foreign Affairs, Tony de Brum, said, “Our people have suffered the catastrophic and irreparable damage of these weapons, and we vow to fight so that no one else on earth will ever again experience these atrocities.” Although the Republic will receive no thanks from the nuclear giants, the rest of us may wish to convey to the Republic our humble gratitude, our admiration, and our moral support. And we might ponder what the example of this small republic with big principles can teach us about moral courage, leadership, the rule of law, and perhaps even the survival of our species.

For your information the Foundation seeks to keep you current on the progress of these lawsuits through the Foundation’s website wagingpeace.org. In addition the Foundation has established another website, nuclearzero.org, which is dedicated solely to these lawsuits and invites you to sign a petition by which you may register your support. Of course if you have questions, please ask a member of the Staff, myself, or another member of the Board. Based upon our experience since the Marshall Islands filed these lawsuits on April 24th, you should not rely upon the major U.S. news media to keep you informed. Why this should be, I shall leave for you to determine.

Many thanks for your kind attention.