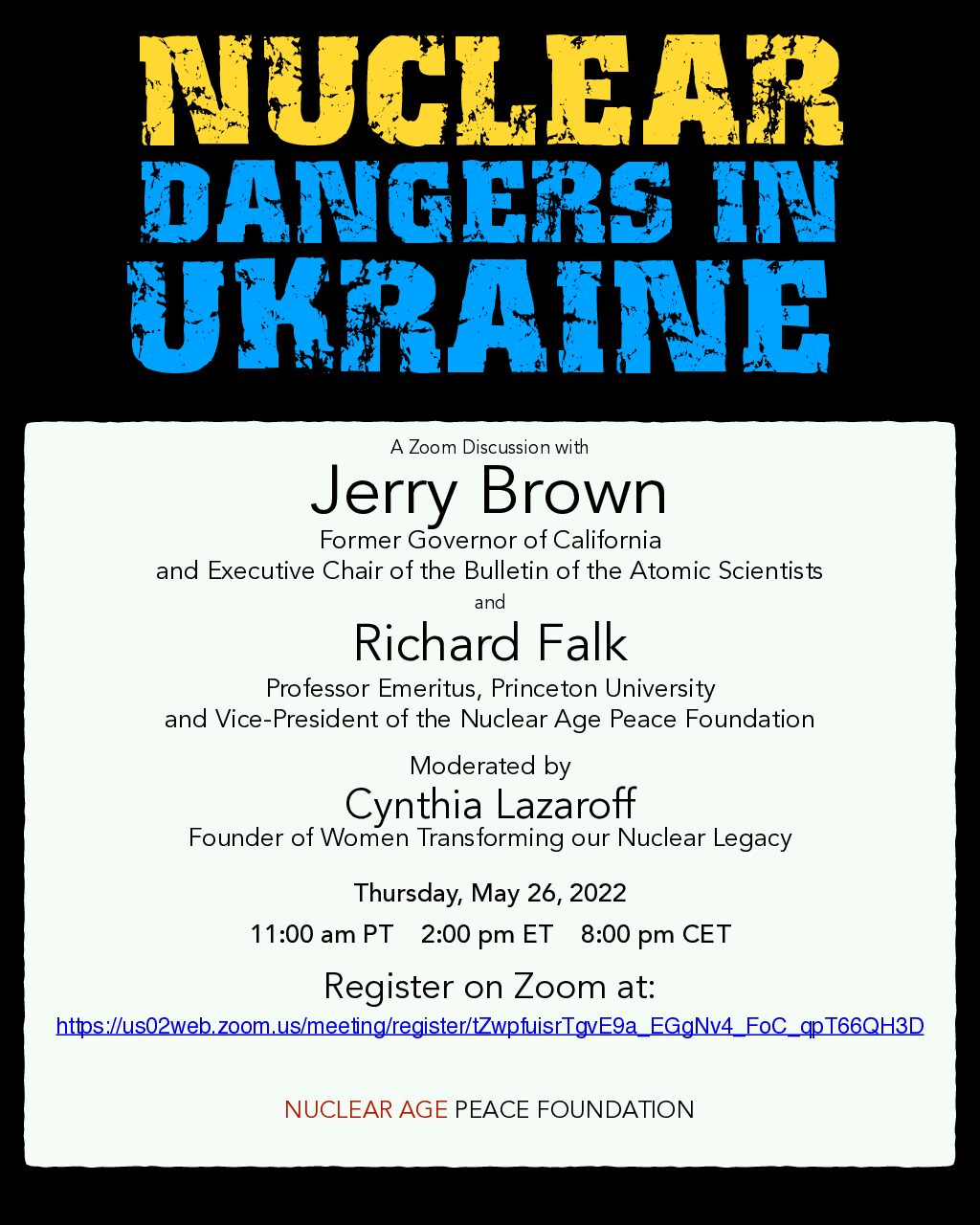 Third in our Zoom Series
WITH JERRY BROWN
and Richard Falk

Register for this Zoom event at:
https://us02web.zoom.us/meeting/register/tZwpfuisrTgvE9a_EGgNv4_FoC_qpT66QH3D

Jerry Brown
Jerry Brown is perhaps best known for having served as California’s governor for an historic four terms in office, the third-longest-serving governor in U.S. history. During his time in office, California’s unemployment rate dropped to a record low, nearly 3 million new jobs were added, and healthcare coverage expanded to millions more Californians. Guided by his leadership, the state enacted far-reaching reforms, including in criminal justice, immigration, workers’ compensation, water, pension, education, housing and economic development reforms. California also established comprehensive targets to protect the environment and fight climate change. Brown currently serves as chair of the California-China Climate Institute housed at UC Berkeley; executive chair of the Bulletin of the Atomic Scientists; board member of the Nuclear Threat Initiative; and farmer on land settled by his great-grandfather more than 150 years ago.

Richard Falk
Richard Falk is a professor emeritus of international law at Princeton University, and the Euro-Mediterranean Human Rights Monitor’s Chairman of the Board of Trustees. In 2008, the United Nations Human Rights Council appointed him to a six-year term as a UN Special Rapporteur on human rights in the Palestinian territories occupied since 1967. He is the author or co-author of more than 20 books. His memoir, Public Intellectual: The Life of a Citizen Pilgrim, was published this last year.

Cynthia Lazaroff
Cynthia Lazaroff is an award-winning documentary filmmaker and founder of Women Transforming Our Nuclear Legacy. She is the author of Dawn of a New Armageddon, a personal account of the Hawaii missile scare, published in the Bulletin of the Atomic Scientists on August 6, 2018. An expert on US-Russia relations, including on the history, geopolitics, military, cyber and escalating nuclear risks between these two countries, Cynthia has been engaged in Track II citizen diplomacy and mediation efforts with Russia since the early 1980s.