The Fragility of Our Complex Civilization

The rapid growth of knowledge 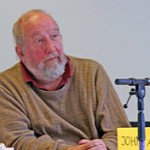 Cultural evolution depends on the non-genetic storage, transmission, diffusion and utilization of information. The development of human speech, the invention of writing, the development of paper and printing, and finally, in modern times, mass media, computers and the Internet: all these have been crucial steps in society’s explosive accumulation of information and knowledge. Human cultural evolution proceeds at a constantly-accelerating speed, so great in fact that it threatens to shake society to pieces.

In many respects, our cultural evolution can be regarded as an enormous success. However, at the start of the 21st century, most thoughtful observers agree that civilization is entering a period of crisis. As all curves move exponentially upward, population, production, consumption, rates of scientific discovery, and so on, one can observe signs of increasing environmental stress, while the continued existence and spread of nuclear weapons threaten civilization with destruction. Thus, while the explosive growth of knowledge has brought many benefits, the problem of achieving a stable, peaceful and sustainable world remains serious, challenging and unsolved.

Our modern civilization has been built up by means of a worldwide exchange of ideas and inventions. It is built on the achievements of many ancient cultures. China, Japan, India, Mesopotamia, Egypt, Greece, the Islamic world, Christian Europe, and the Jewish intellectual traditions, all have contributed.   Potatoes, corn, squash, vanilla, chocolate, chili peppers, and quinine are gifts from the American Indians.

The sharing of scientific and technological knowledge is essential to modern civilization. The great power of science is derived from an enormous concentration of attention and resources on the understanding of a tiny fragment of nature. It would make no sense to proceed in this way if knowledge were not permanent, and if it were not shared by the entire world.

Our cultural heritage is not only immensely valuable; it is also so great that no individual comprehends all of it. We are all specialists, who understand only a tiny fragment of the enormous edifice. No scientist understands all of science. Perhaps Leonardo da Vinci could come close in his day, but today it is impossible. Nor do the vast majority people who use cell phones, personal computers and television sets every day understand in detail how they work. Our health is preserved by medicines, which are made by processes that most of us do not understand, and we travel to work in automobiles and buses that we would be completely unable to construct.

The fragility of modern society

As our civilization has become more and more complex, it has become increasingly vulnerable to disasters. We see this whenever there are power cuts or transportation failures due to severe storms. If electricity should fail for a very long period of time, our complex society would cease to function. The population of the world is now so large that it is completely dependent on the the high efficiency of modern agriculture. We are also very dependent on the stability of our economic system.

The fragility of modern society is particularly worrying, because, with a little thought, we can predict several future threats which will stress our civilization very severely. We will need much wisdom and solidarity to get safely through the difficulties that now loom ahead of us.

We can already see the the problem of famine in vulnerable parts of the world. Climate change will make this problem more severe by bringing aridity to parts of the world that are now large producers of grain, for example the Middle West of the United States. Climate change has caused the melting of glaciers in the Himalayas and the Andes. When these glaciers are completely melted, China, India and several countries in South America will be deprived of their summer water supply. Water for irrigation will also become increasingly problematic because of falling water tables. Rising sea levels will drown many rice-growing areas in South-East Asia. Finally, modern agriculture is very dependent on fossil fuels for the production of fertilizer and for driving farm machinery. In the future, high-yield agriculture will be dealt a severe blow by the rising price of fossil fuels.

Economic collapse is another threat that we will have to face in the future. Our present fractional reserve banking system is dependent on economic growth. But perpetual growth of industry on a finite planet is a logical impossibility. Thus we are faced with a period of stress, where reform of our growth-based economic system and great changes of lifestyle will both become necessary.

How will we get through the difficult period ahead? I believe that solutions to the difficult problems of the future are possible, but only if we face the problems honestly and make the adjustments which they demand. Above all, we must maintain our human solidarity.

The great and complex edifice of human civilization is far too precious to be risked in a thermonuclear war. It has been built by all humans, working together. By working together, we must now ensure that it is handed on intact to our children and grandchildren.

John Avery is a leader in the Danish Pugwash movement.