Summary and Press Briefing: Petition in Support of Diplomacy 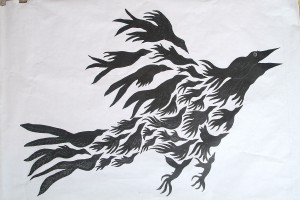 Over fifty leading figures of peace, democracy, and human rights groups in the U.S.and Iran, and in Israel, have released a public petition in which they have expressed “encouragement and support” for the ongoing process of nuclear negotiations between Iran and the “P5+1” group of world powers.

These prominent leaders of civil society around the world include former diplomats and nuclear experts. Their “Statement of Principle” is led by Noam Chomsky, Richard Falk, and David Krieger. It is endorsed by many notable others among them Gar Alperovitz, Australia’s Helen Caldicott, the American Rabbi Michael Lerner and Israel’s Uri Avnery, as well as Canada’s Douglas Roche; joined by Dr. Mahdi Khazali, Hashem Khastar and other democracy and human rights leaders inside and outside Iran.

Their petition characterizes the “modest and fragile” achievements, so far, of the nuclear talks (encapsulated in the “painfully negotiated” April 2, 2015 Framework Agreement in Lausanne, Switzerland) as a “historically significant and positive step forward, toward reduction of tension and violence” in the world.

These initial endorsers of the Statement express “profound distress” because such diplomatic efforts are opposed by “many and diverse foes…mainly in the U.S., in Israel, and even inside Iran,” and warn that such “opponents are trying to prevent the agreement from being finalized by the deadline of June 30, 2015.”

Thus, the petition calls for the “strident and disruptive voices” of such foes of diplomacy to be opposed nonviolently by all well-intentioned persons and institutions.”

Noting the dangers that “imperil…a truly peaceful and just world,” all 53 initial signers of the petition support continued diplomatic nuclear talks with Iran, and they have “invited all people (and institutions) of good will to lend their support to this modest but significant peace process…by signing the petition…and spreading its words far and wide.”

To listen to the special broadcast (international interview) introducing the petition, or to read the program’s English transcript, click here.