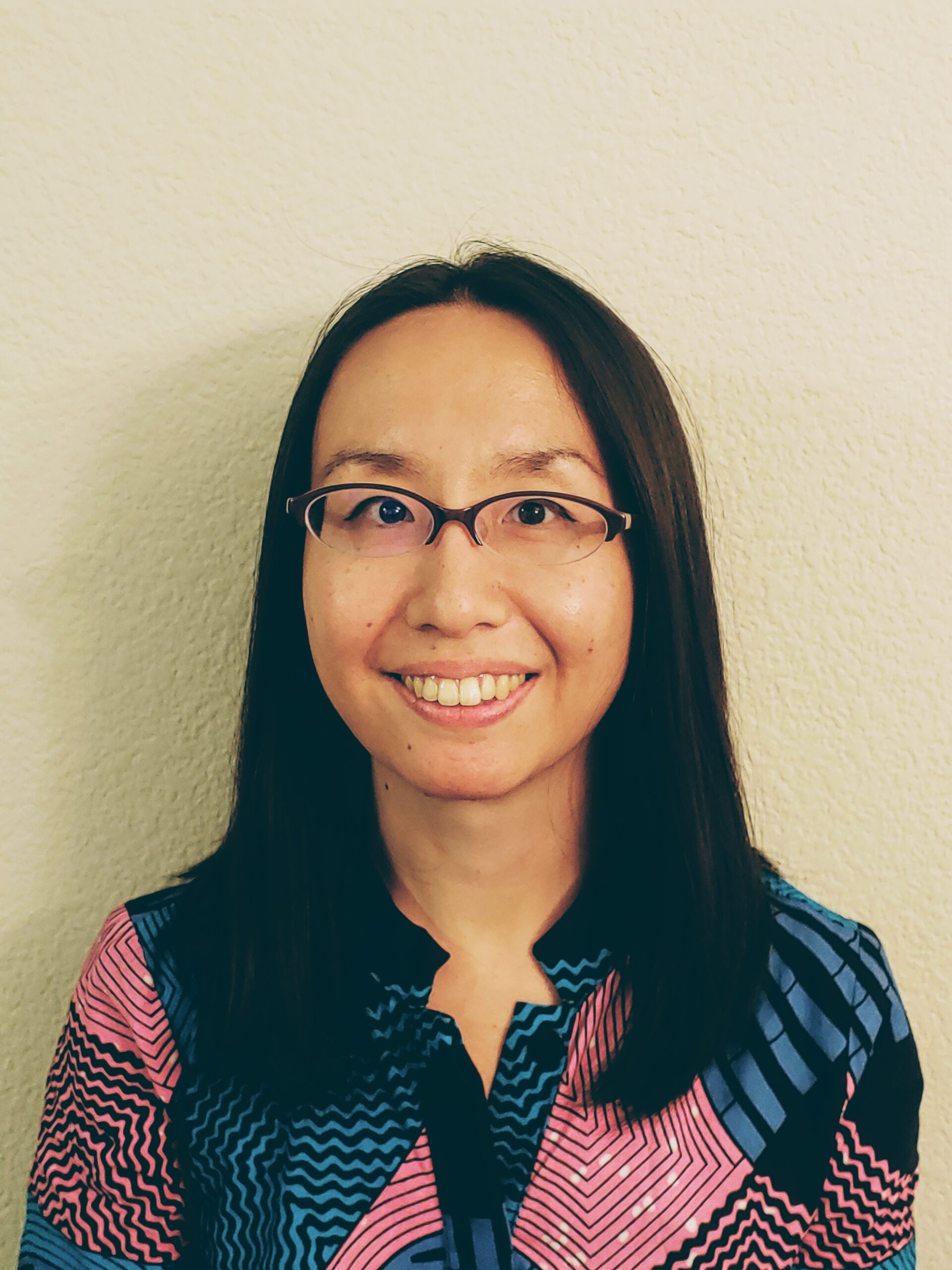 Tell us about your childhood and high school years. What were your interests back then?

I was born and raised in Osaka, Japan. I think a turning point was when my family and I moved to Singapore for my father’s work right before I started fifth grade, and we lived there for two years. I still remember a family trip to Malaysia during that time, when we visited a rubber plantation, and seeing children my age or younger working there in the heat. Experiences like that opened my eyes to issues of poverty, inequality, human rights and social justice. I also learned about the history of World War II from the perspectives of Southeast Asia, and how the people there were impacted by Japan’s atrocities.

In high school, I was very active in choir and student council. These activities provided leadership opportunities where I learned to support and work with others.

What did you study in college?

I studied international studies at Soka University of America in Orange County in California. I also studied abroad in Buenos Aires, Argentina for one semester. After my undergraduate, I went to the University of Denver to pursue a master’s degree in International Human Rights.

When did you become interested in peace and nuclear weapons issues and why/how?

My organization, Soka Gakkai International, has been working on nuclear weapons issues for many decades, inspired by a declaration calling for the abolition of nuclear weapons made in 1957 by then president of the Soka Gakkai, Josei Toda.

But to be honest, even though I understood the importance of the issue, I didn’t really develop personal interests until my twenties. Soon after completing my master’s, I was appointed as SGI-USA’s national coordinator of university-level students, and that’s when I was asked to help design and lead a campaign to discuss the issue of nuclear weapons on university campuses through our SGI campus clubs. Through examining the issue of nuclear weapons through the perspectives of my faith, I came to understand why as a Buddhist, I must care about, and take action for, peace and nuclear abolition.

What are you working on at SGI?

We continue to support the universalization of the Treaty on the Prohibition of Nuclear Weapons (TPNW) as a partner organization of the International Campaign to Abolish Nuclear Weapons (ICAN). In addition to working to increase signatories and States Parties of the treaty in places like the Caribbean, we also have been advocating for the importance of peace and disarmament education as a way to universalize the norms of the TPNW. In this regard, I was really excited about the side event on humanitarian disarmament education NAPF invited us to co-organize during the UN General Assembly First Committee last October.

As an organization working to promote peace, culture, and education based on Buddhist principles, SGI has also been active in interfaith communities. For insurance, we have helped coordinate a number of interfaith statements to the NPT, TPNW negotiations, and other disarmament fora to unite the voices of the communities of faith across various faith traditions. As an SGI representative, I am also actively involved in the United Religions Initiative’s Voices for a World Free of Nuclear Weapons cooperation circle. Some of us from the Voices group plan to attend the Parliament of the World’s Religions this summer to raise awareness among the faith leaders of the issue of nuclear weapons.

What are you most passionate about in your work?

I think it is important to broaden the network of people concerned about and taking action on nuclear weapons, to help everyone understand that it affects all of us. For that reason, I believe in the importance of disarmament education, and I feel inspired by the grassroots educational efforts of Soka Gakkai organizations in various countries. They inform the public of the threats of nuclear weapons and what each person can do to address the issue through activities like exhibitions, seminars and lectures.

In connection to this, SGI has worked to bring an intersectional approach to our disarmament work in the last several years. It’s important that the perspectives and expertises of people from diverse backgrounds are highlighted when we speak about nuclear weapons abolition. In fact, such diverse participation and engagement would lead to better outcomes.

I have been a student of nonviolence for close to 10 years, and currently serve on the board of the Metta Center for Nonviolence. I feel that nuclear weapons are the embodiment of ultimate violence, and at the same time, studying nonviolence has helped me strengthen my conviction that an international system that does not depend on the use or threat of mass violence is possible. I truly feel, as humanity, we are much better than that.