Santa Barbara–On June 18, 2019, the Santa Barbara City Council voted 6 to 1 to include in the new, revised legislative platform for the city, language that supports the prohibition of nuclear weapons, subject to Congressional oversight.

The city’s legislative platform serves to summarize the Council’s official position on a variety of state and federal policy issues and authorizes City representatives, most commonly the Mayor, to take action on pending legislation on behalf of the City. It also enables the City to act quickly when advocacy is needed.

This particular revision to the legislative platform was introduced to the City Council by the Nuclear Age Peace Foundation (NAPF), a non-profit, non-partisan organization based in Santa Barbara whose mission is to educate, advocate and inspire action for a peaceful world, free of nuclear weapons.

The platform language is based primarily on the Treaty on the Prohibition of Nuclear Weapons, which was adopted at the United Nations in 2017 and would outlaw the use, threat of use, production and possession of nuclear weapons. Including this language in the legislative platform puts Santa Barbara at the forefront of nuclear abolition, along with other cities that have adopted similar language including Ojai, Los Angeles, Washington, D.C and Baltimore.

Rick Wayman, NAPF’s incoming CEO, spoke at the City Council meeting, stating, “This treaty is the direction in which the world is moving and it’s incumbent upon us as citizens–as human beings–to do everything within our power, both individually and collectively, to prevent nuclear weapons from being used.”

He continued by explaining, “City and state governments do not set foreign policy. But this issue transcends foreign policy. As anyone who has experienced a nuclear explosion will tell you, the devastation is beyond imagination. And the ability of first responders to deal with this situation is non-existent. Cities are the targets of nuclear weapons.”

“For far too long, the world has teetered on the brink of nuclear war and it continues to this very minute. It’s up to all of us to change that course. By adopting this language as part of its legislative platform, the city of Santa Barbara would be doing a great service to its citizens and to the world.” 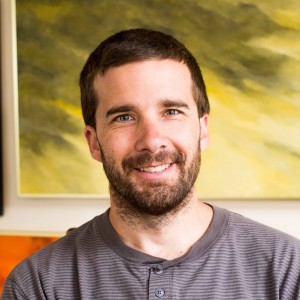