The good news of Peace Literacy has spread through parts of the Canadian province of Manitoba during Paul K. Chappell’s week-long April tour. Chappell, the Peace Leadership Director of the Nuclear Age Peace Foundation, was sponsored by Rotary District 5550 World Partners and Peace Days 365, with events organized by Rotarian David G. Newman, a former president of the Winnipeg Rotary Club and a board member of the Rotarian Action Group for Peace. 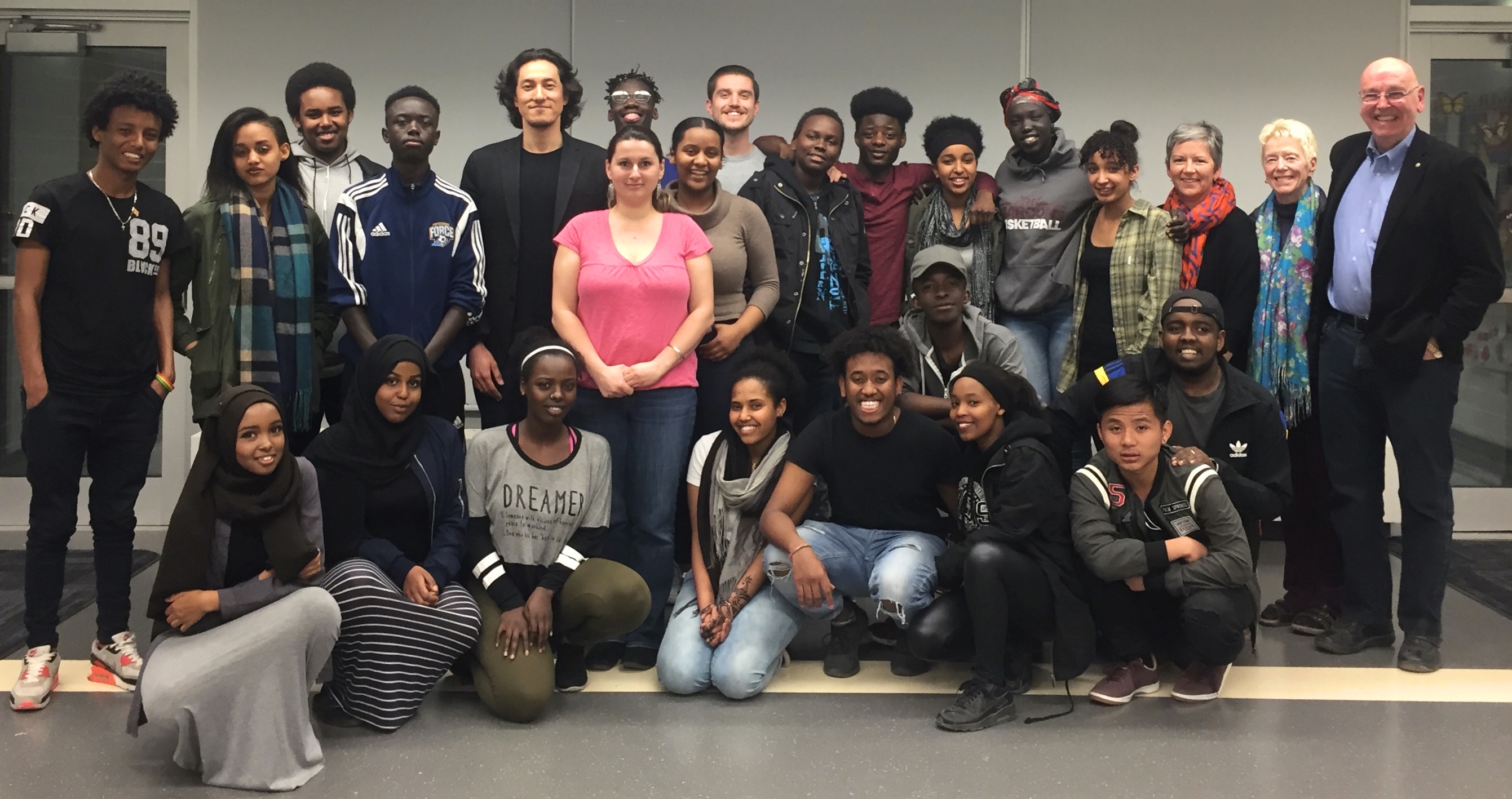 Chappell discussed Peace Literacy at the Rotary clubs of Winnipeg and Winnipeg-Charleswood, lectured at the Arthur V. Mauro Centre for Peace and Justice at the University of Manitoba, and gave a workshop on “Key Communication Tools for Peace Literacy” at the Social Planning Council of Winnipeg. He also keynoted at the Manitoba Annual UNESCO school conference, met with educators, and spoke with indigenous, immigrant, and refugee groups.

Susan Huebert, Community News Commons reporter, attended the Social Planning Council event and wrote in a Winnipeg Foundation article: “Chappell’s vision for peace goes far beyond families and friends in their local contexts. …People are not naturally violent, he says, but they can draw on communication and peacemaking techniques to find alternatives to the often combative methods that they too often use.”

Huebert concluded, “If even just a few of the people who attended the Key Communication Tools for Peace Literacy workshop take what they learned into their everyday lives and relationships, they might help to make their part of the world a better place.”

He will return to Winnipeg in the Fall to give teacher workshops and speak at conferences for educators. As Chappell tells us, “People must become literate in peace. What if students were given enough training in peace skills, as they are in math skills?”