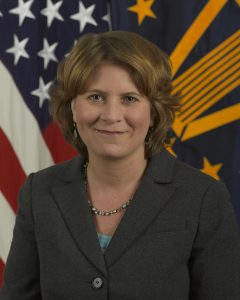 I’m naturally inclined toward apocalyptic thinking, so I find it all too easy to imagine scenarios involving catastrophic nuclear conflict. Mistake, misunderstanding, unintended escalatory spirals, culminating in mass death and environmental disaster: it’s still a fearful and quite real possibility. In January 2018, escalating tensions between the US and North Korea led the Bulletin of the Atomic Scientists to move the hands of the symbolic nuclear “Doomsday Clock” forward by 30 seconds, to 11:58 p.m.: two minutes to midnight.

That same month, in Hawaii and Japan, false alarms about incoming ballistic missiles led to brief public panics, and the US Centers for Disease Control and Prevention sponsored a workshop on “public health responses to a nuclear detonation.” If you’re a normal human being, you should be feeling thoroughly rattled—and perhaps inclined to browse through listings of hardened underground bunkers for sale in your region.

But I live in the city of Alexandria, Virginia, right outside of Washington, DC. For those of you who don’t know the DC region’s geography, this means I live in that strange land—part geographical reality, part state of mind—known as “Inside the Beltway.” Outside the Beltway, jittery school children are ducking and covering. Inside the Beltway, bureaucratic familiarity, the exigencies of politics, and the incentive structures of the defense industry combine to create a looking-glass world in which the potential horrors of nuclear conflict are rationalized away.

Inside the Beltway, it’s routine to hear “experts,” who should surely know better, speak with cavalier dismissiveness about existential threats to human civilization. Inside the Beltway, at think tanks, in government buildings, and in the offices of defense contractors, talk of nuclear catastrophe is brushed aside as so much wacky paranoia—the sort of ridiculous fearmongering indulged in by people who are neither responsible nor knowledgeable.

“The world has had nuclear weapons for more than 70 years, and we haven’t had a nuclear apocalypse yet,” say the Inside the Beltway Experts. “Ipso facto, this shows that we have successfully learned how to manage nuclear threats.” In fact, this shows only that we haven’t blown ourselves up yet. In the grand sweep of human history, 70 years is the blink of an eye. And as President Donald Trump—the man with the biggest button—is in the process of demonstrating, nuclear peace can’t be taken for granted.

In my view, there are no clear or firm US legal constraints against a presidential “first use” of nuclear weapons. True, the Constitution grants Congress, not the president, the power to declare war; true, the 1973 War Powers Resolution sought to reaffirm Congress’s war-making prerogatives. It’s not hard to make a strong argument, based on text and on history, that the president needs to receive congressional authorization before launching an offensive nuclear strike.

But inside the Beltway, there are thousands of clever lawyers, many sitting inside the White House, the Justice Department, the Pentagon, and the State Department, whose job it is to find legal arguments that justify executive power. Those arguments are not hard to find, for a clever lawyer. The president is the executive and the commander in chief! The president may need to make a decision in a time frame that precludes congressional consultation! Launching a few nuclear weapons is not the same thing as starting a “war”! The War Powers Resolution applies only to sending US military personnel into overseas combat, not to launching unmanned missiles overseas!

At the end of the day, the clever lawyers generally prevail. As a practical matter, then, there is no US legal bar to a presidential first use of nuclear weapons.

If you doubt this, consider the cautionary tale of executive power under President Barack Obama and his 2011 decision to intervene militarily in Libya. The War Powers Resolution seemed designed to prevent a president from doing precisely this sort of thing without notifying Congress or seeking congressional authorization.1 But the Obama administration took the position that military action in Libya didn’t count as “hostilities,” since the US was relying mainly on air strikes from unmanned drones and had no ground combat troops in Libya.

The administration therefore opted not to provide formal War Powers Resolution notification to Congress—much less seek congressional authorization. On both sides of the aisle, members of Congress complained: President Obama was ignoring what appeared to be the plain meaning of the War Powers Resolution. But nothing changed. The US military intervention in Libya continued. Obama wasn’t impeached.

International law is even more ambiguous on nuclear weapons, and even less likely to serve as a meaningful constraint than US domestic law. True, international legal rules prohibit aggressive uses of force and require that military force be necessary and proportionate and make appropriate distinctions between civilian and military targets, but in practice these terms become troublingly slippery. In 1996, for instance, the International Court of Justice issued an advisory opinion on nuclear weapons, coming to the unsatisfying conclusion that the use of nuclear weapons would “generally be contrary to the rules of international law. … However, … the Court cannot conclude definitively whether the use of nuclear weapons would be lawful or unlawful in an extreme circumstance …” In other words: don’t ask us!

Law is thus a slender reed to lean on in the search for constraints on presidential nuclear powers. This is, of course, a shame and a terrible failure; the purpose of law—of the rule of law—is, most fundamentally, to regulate violence and place constraints on power. What’s more, placing decisions about the use of nuclear weapons in the hands of a single individual is, as Elaine Scarry argues in her book Thermonuclear Monarchy, profoundly undemocratic: how can we claim to have a democracy when we give one individual the power, in effect, to obliterate the whole earth? Prior to the nuclear age, who could have even imagined such awesome destructive power in the hands of one man?

Granted, nuclear weapons are not the only weapons with profoundly antidemocratic effects. In their recent book, Forged Through Fire, political scientists John Ferejohn and Frances McCall Rosenbluth trace the historical connections between the evolution of democracy, the expansion of the suffrage, and the granting of political rights to large numbers of people, on the one hand, and the existence of manpower-intensive forms of warfare, on the other. When elites need to field mass armies in order to protect themselves from external threat, they are forced to grant rights and some degree of political power to the masses as a means of motivating them to fight.

By contrast, the ascendance of forms of warfare that are not manpower-intensive—unmanned drones and cyber weapons as much as nuclear weapons—tends to correlate with contractions of democracy. When political leaders believe they can deter or respond to external threats without the need to raise and sustain mass armies, they have little motivation to make decisions in a democratic manner.

In the pragmatic realm, there are some constraints, though they are far from sufficient. Remember: the presidential nuclear power is not a magic wand; it works only insofar as we have created an elaborate institutional and physical infrastructure designed to make it work. That is to say: if the President wants to launch one or more nuclear strikes, he needs to have the right missiles in the right launch locations with the right targets programmed into them. Missiles are built and maintained and programmed by human beings.

The presidential nuclear power is, in this sense, more like the power to order from a menu than the power to instantly produce any cuisine. Historically, the US nuclear arsenal has been designed and maintained to focus on particular threats: Russia, North Korea, Iran, and so forth. Specific target sets associated with these potential adversaries are preprogrammed.

If a US president wants to launch a preemptive nuclear strike against North Korea, it is a safe bet to assume that the military knows exactly which missiles to fire at which targets, and it is unlikely that anyone in the (short) chain of command would question a presidential order to strike.

If a US president suddenly decided to launch nuclear weapons against Canada, it would be quite a different story: strike packages and targets would need to hastily be put together, creating the time and space for advisors close to the president to say, “Mr. President, this is not a good idea, let’s talk about this.” Would we suddenly find officers and advisors willing to say, “Wait a minute, Mr. President, I can’t seem to work the lock on the nuclear football, we’d better call the secretary of defense and get him over here to discuss this”? I think we would.

This is perhaps not terribly consoling. But we should not imagine that building in a more extensive and consultative decision-making process would guarantee wiser decisions. Legislatively or through embedded bureaucratic practice, we could create a system in which the president needs the concurrence of, say, the secretary of defense and the attorney general before launching a preemptive nuclear strike.

But homogenous groups, particularly in a hierarchical setting where people are habituated to abiding by the decision of the commander in chief, will not necessarily put meaningful brakes on a presidential decision. “Groupthink” led us to the 2003 Iraq War, a catastrophically foolish venture to which hundreds of intelligent “experts” gave their wholehearted support. Even those with serious reservations tend to go along to get along. We are social animals; that’s what we do. Especially inside the Beltway.

My final point brings me back to where I began: particularly when dealing with the Inside the Beltway crowd, those of us who care deeply about reining in presidential nuclear powers need to draw careful distinctions, and be mindful of the language we use. Those opposed to nuclear weapons have a natural tendency to speak in terms of extremes: we talk about nuclear winters and climate catastrophe, about cataclysmic global conflicts with high-yield nuclear devices capable of destroying the planet earth.

The language of catastrophe is easily brushed aside by Beltway insiders. In the halls of the Pentagon and the White House, such scenarios just generate dismissive chuckles: “That’s not what we’re talking about,” the “experts” will say. “Nobody would be crazy enough to start an unlimited global nuclear war. Remember, not all nuclear weapons are the same. When we talk about nuclear strikes, we’re talking about designing small, tactical, tailored nuclear weapons. We could control their use; we could ensure that only military targets would be affected; we would only use these low-yield, tactical nuclear weapons in very special circumstances, such as to destroy hardened underground bunkers that we couldn’t get at through conventional weapons.”

There is, in other words, nothing to worry about, say the Beltway insiders: we can manage and control this fearsome nuclear power. This is foolish. Even a small-scale, “precise” use of tactical nuclear weapons runs a very high risk of deliberate or inadvertent escalation, as well as a high risk of normalizing the use of nuclear weapons, thus opening the door to wider use.

Those concerned about nuclear weapons use need to confront this false logic head on: to spell out the ways in which “control” over nuclear conflict is inherently illusory.

Those inside the Beltway have lived with the threat of nuclear weapons for so long that it has stopped seeming like a real threat. The insiders are like those crocodile or grizzly bear tamers who become so habituated to the proximity of a dangerous predator that they convince themselves the danger isn’t real—the bear won’t attack them! Until the bear, being a bear, does attack them.

Inside the Beltway, we are so used to living in the shadow of nuclear apocalypse that it has stopped frightening us. But we should never forget that we are living with a dangerous predator—only in this case, the predator is us.