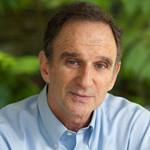 The risk analysis approach I have advocated for reducing the threat of nuclear war doesn’t wait for a catastrophe to occur before taking remedial action since, clearly, that would be too late. Instead, it sees catastrophes as the final step in a chain of mistakes, and tries to stop the accident chain at the earliest possible stage. The news coming out of Ukraine for over a year has given us many options for doing that, but few in this country seem aware of the nuclear dimension to the risk. Russians are more aware, with a recent poll showing 17% who fear a nuclear war, versus 8% two years ago.

I suspect that much of the difference in American and Russian perspectives is due to our relative distances from the carnage. The Ukrainian civil war is being fought on Russia’s doorstep, and has flooded Russia with hundreds of thousands of Ukrainian refugees.

Unfortunately, those very different perspectives also create the possibility for one side to inadvertently threaten the perceived vital interests of the other. To a large extent, that’s how the Cuban Missile Crisis started.

Numerous examples of such misperception have been highlighted in this blog (search on Ukraine to find them), and a recent article in the Nixon Center’s journal The National Interest provides additional examples. These examples focus on the West’s mistakes not because Putin is blameless, but because our mistakes are the only ones which we have the power to correct.

Looking at the ways we could help stop the violence in Ukraine illustrates another advantage of risk analysis: It doesn’t just reduce the risk of catastrophe. It also helps build a more peaceful world.

If you agree that these ideas need wider consideration, please add a link on Facebook, tweet it on Twitter, and use other social media to help get the word out. Thank you!