I heard from friends in Hiroshima that Miyoko Matsubara left this world on February 9th. She was a very gentle and dedicated hibakusha, who came several times for extended periods to the Nuclear Age Peace Foundation in Santa Barbara to practice her English and polish the presentation of her experience as an atomic bomb survivor. She was 13 years old when the atomic bomb destroyed her city. Like so many other survivors of the Hiroshima and Nagasaki bombings, she was traumatized by the experience and wanted to assure that no other people or cities suffered the trauma and tragedy that she and her city had.

Miyoko had a deep commitment to peace and to spreading the central message of the survivors of Hiroshima and Nagasaki: Never Again! She was particularly enthusiastic about sharing her message with young people, and spoke often in school classrooms. I can readily recall her smiling face, and I remember clearly the humility she expressed in her deep bows.

I think that everyone who knew her was enriched by her enthusiasm, sincerity and friendship. May she rest in peace.

Here is a poem I wrote about her many years ago:

The winds blew her whispered apologies and prayers across all the
continents.  But the winds whistled too loudly, and made it impossible to hear
her apologies and prayers.  The winds made the oceans crazy.  The water in
the oceans rose up in a wild molecular dance.  The oceans threw themselves
against the continents.  The people were frightened.  They ran screaming from
the shores.  They feared the white water and the whistling wind.  They
huddled together in dark places.  They strained to hear the words in the wind.

She bowed deeply.  She bowed more deeply than anyone should bow. 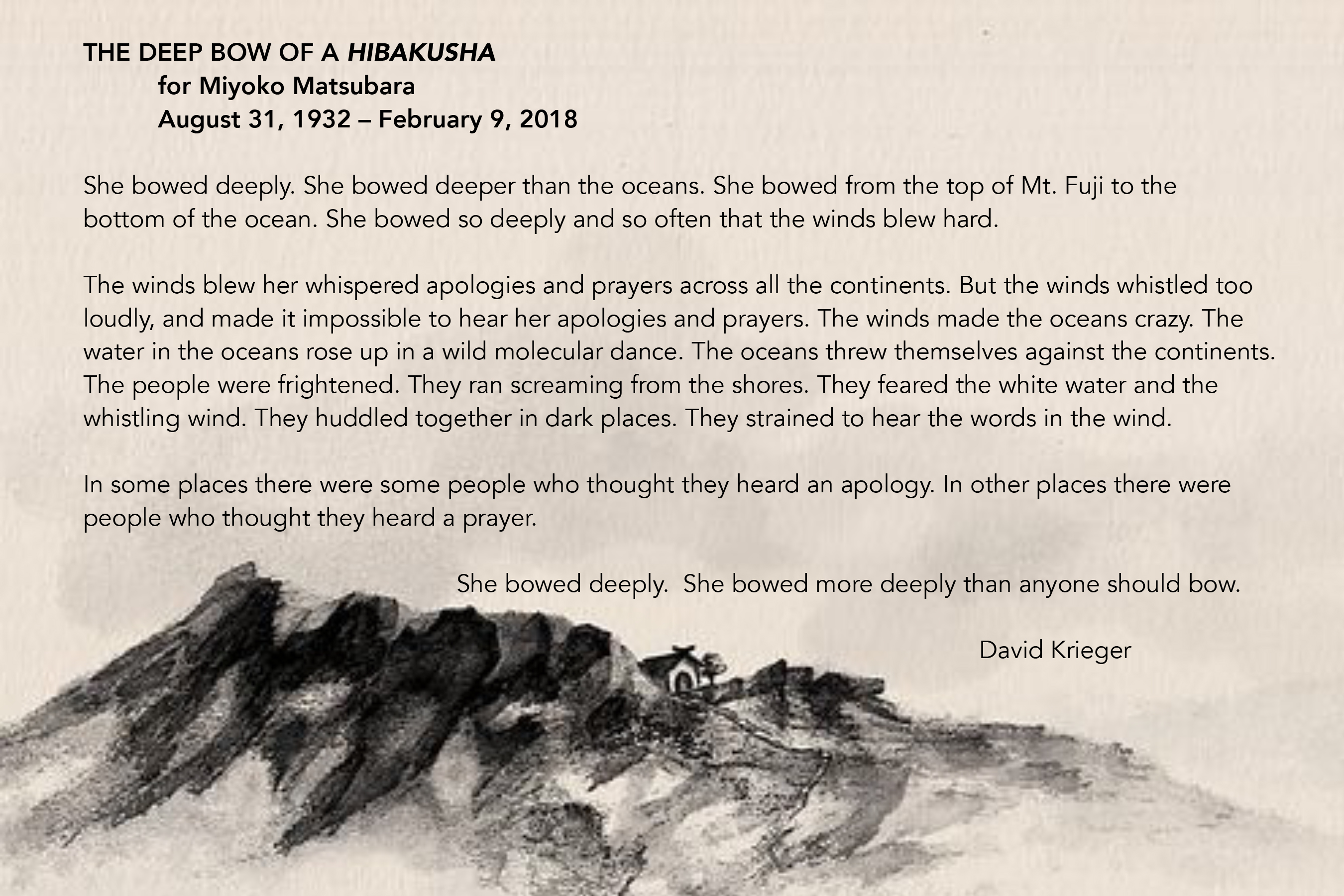