Message to the International Youth Summit for Nuclear Abolition

Greetings to all participants in the International Youth Summit for Nuclear Abolition.

You are engaged in the most critical task of our time, seeking a way out of the Nuclear Age, a very brief period in human history, but an incredibly dangerous one. Human civilization, so painstakingly created over thousands of years, could be destroyed in an afternoon of nuclear exchange, which could occur by accident, miscalculation or design. There would be no winners of that exchange, only losers, and the greatest losers would be the people of the future, including the youth of today. It is clear that nuclear weapons threaten all we love and treasure. 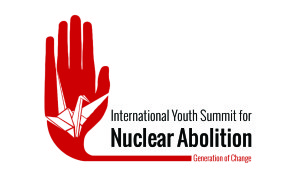 There is only one power strong enough to abolish nuclear weapons, and that is the power of the people acting with engaged hearts. Nuclear weapons are powerful devices. They can kill, maim, and cause massive destruction. But they are no match for the human heart, which has the power of love, compassion, understanding, empathy and cooperation. The human heart is an instrument even more powerful than nuclear bombs, warheads, and intercontinental ballistic missiles.

I have great faith in you, and I wish you all success in your important gathering. You are leaders for the common good on this most important of all issues. I encourage you to do your utmost and to never give up.

This message was sent to the participants in the International Youth Summit for Nuclear Abolition, which took place on August 30, 2015.