The U.S. Conference of Mayors unanimously adopted this resolution at its 82nd annual meeting in Dallas, Texas, in June 2014. 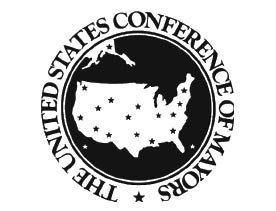 WHEREAS, Article VI of the Nuclear Nonproliferation Treaty (NPT), which entered into force in 1970, and is part of the supreme law of the land pursuant to Article VI of the U.S. Constitution, states: “Each of the Parties to the Treaty undertakes to pursue negotiations in good faith on effective measures relating to cessation of the nuclear arms race at an early date and to nuclear disarmament”; and

WHEREAS, in 1996, the International Court of Justice (ICJ), the judicial branch of the United Nations (UN) and the highest court in the world on questions of international law, issued an authoritative interpretation of Article VI, unanimously concluding: “There exists an obligation to pursue in good faith and bring to a conclusion negotiations leading to nuclear disarmament in all its aspects under strict and effective international control”; and

WHEREAS, forty-four years after the NPT entered into force, an estimated 16,400 nuclear weapons, most held by the U.S. and Russia, pose an intolerable threat to humanity, and there are no disarmament negotiations on the horizon; and

WHEREAS, the U.S. and the eight other nuclear weapon possessing states are investing an estimated $100 billion annually to maintain and modernize their nuclear arsenals while actively planning to deploy nuclear weapons for the foreseeable future; and

WHEREAS, the U.S.-Russian conflict over the Ukraine may lead to a new era of confrontation between nuclear-armed powers, and nuclear tensions in the Middle East, Southeast Asia and on the Korean peninsula remind us that the potential for nuclear war is ever present; and

WHEREAS, in December 2012, the UN General Assembly established a working group open to all member states (the “Open-Ended Working Group”) “to develop proposals to take forward multilateral nuclear disarmament negotiations for the achievement and maintenance of a world without nuclear weapons,” and scheduled for September 26, 2013 the first-ever High-Level meeting of the UN General Assembly devoted to nuclear disarmament; and

WHEREAS, in December 2013, the UN General Assembly adopted a resolution which: “Calls for the urgent commencement of negotiations, in the Conference on Disarmament, for the early conclusion of a comprehensive convention on nuclear weapons to prohibit their possession, development, production, acquisition, testing, stockpiling, transfer and use or threat of use, and to provide for their destruction;”…. “Decides to convene, no later than 2018, a United Nations high-level international conference on nuclear disarmament to review the progress made in this regard;” and “Declares 26 September as the International Day for the Total Elimination of Nuclear Weapons devoted to furthering this objective, including through enhancing public awareness and education about the threat posed to humanity by nuclear weapons and the necessity for their total elimination;” and

WHEREAS, delegations representing 146 States, the UN, the International Committee of the Red Cross, the Red Cross and Red Crescent movement and civil society organizations participated in the Second Conference on the Humanitarian Impact of Nuclear Weapons held in Nayarit, Mexico, February 13-14, 2014, to discuss global and long-term consequences of any nuclear detonation, accidental or deliberate, including impacts on public health, humanitarian assistance, the economy, the environment, climate change, food security and risk management; and

WHEREAS, Juan Manuel Gómez Robledo, Mexico’s Vice Minister for Multilateral Affairs and Human Rights, Chair of the Nayarit Conference, concluded: “The broad-based and comprehensive discussions on the humanitarian impact of nuclear weapons should lead to the commitment of States and civil society to reach new international standards and norms, through a legally binding instrument … [The] time has come to initiate a diplomatic process conducive to this goal… compris[ing] a specific timeframe, the definition of the most appropriate fora, and a clear and substantive framework … The 70th anniversary of the Hiroshima and Nagasaki attacks is the appropriate milestone to achieve our goal”; and

WHEREAS, August 6 and 9, 2015 will mark the 70th anniversaries of the U.S. atomic bombings of Hiroshima and Nagasaki, which killed more that 210,000 people by the end of 1945, while the remaining “hibakusha” (A-bomb survivors) continue to suffer from the physical and psychological effects of the bombings; and

WHEREAS, the people of the Republic of the Marshall Islands (RMI) continue to suffer from the health and environmental impacts of 67 above-ground nuclear weapons test explosions conducted by the U.S. in their islands between 1946 and 1958, the equivalent of 1.6 Hiroshima-sized bombs detonated daily for 12 years; and

WHEREAS, the RMI on April 24, 2014 filed landmark cases in the ICJ against the U.S. and the eight other nuclear-armed nations claiming that they have failed to comply with their obligations, under the NPT and customary international law, to pursue negotiations for the worldwide elimination of nuclear weapons, and filed a companion case in U.S. Federal District Court; and

WHEREAS, the Administration’s FY 2015 budget request for maintenance and modernization of nuclear bombs and warheads, at more than $8.7 billion, in constant dollars exceeds the amount spent in 1985 for comparable work at the height of President Reagan’s surge in nuclear weapons spending, which was the highest point of Cold War spending; and

WHEREAS, this enormous commitment to modernizing nuclear bombs and warheads and the laboratories and factories to support those activities does not include even larger amounts of funding for planned replacements of delivery systems – the bombers, missiles and submarines that form the strategic triad; in total, according to the General Accounting Office, the U.S. will spend more than $700 billion over the next 30 years to maintain and modernize nuclear weapons systems; the James Martin Center places the number at an astounding one trillion dollars; and

WHEREAS, this money is desperately needed to address basic human needs such as housing, food security, education, healthcare, public safety, education and environmental protection; and

WHEREAS, the U.S. Conference of Mayors has adopted resolutions each year since 2010 calling for deep cuts in nuclear weapons spending and redirection of those funds to meet the needs of cities and adopted an additional resolution in 2011 “Calling on Congress to Redirect Military Spending to Domestic Needs”; and in 2013 called on the U.S. to participate in good faith in the UN Open-Ended Working Group and High-Level Meeting on nuclear disarmament, and the Nayarit Conference on the Humanitarian Impact of Nuclear Weapons; and

WHEREAS, Mayors for Peace continues to advocate for the immediate commencement of negotiations to eliminate nuclear weapons by 2020 and its membership has grown ten fold since the “2020 Vision Campaign” was launched in 2003, surpassing 6,000 members in 158 countries, representing one seventh of the world’s population; and Mayors for Peace, with members in the U.S. and Russia; India and Pakistan, and Israel, Palestine and Iran can be a real force for peace.

NOW, THEREFORE, BE IT RESOLVED, that U.S. Conference of Mayors expresses its deep concern that the UN Open-Ended Working Group on nuclear disarmament and the Nayarit Conference on the Humanitarian Impact of Nuclear Weapons took place without the participation of the U.S., Russia, the United Kingdom, France and China; that at the September 26, 2013 UN High-Level Meeting on nuclear disarmament, the U.S. joined with France and the UK in a profoundly negative statement, delivered by a junior British diplomat: “While we are encouraged by the increased energy and enthusiasm around the nuclear disarmament debate, we regret that this energy is being directed toward initiatives such as this High-Level Meeting, the humanitarian consequences campaign, the Open-Ended Working Group and the push for a Nuclear Weapons Convention”; and that the U.S. voted against the 2013 UN General Assembly resolution calling for urgent commencement of negotiations in the Conference on Disarmament for the early conclusion of a nuclear weapons convention; and

BE IT FURTHER RESOLVED, that the U.S. Conference of Mayors calls on the U.S. to participate constructively and in good faith in the Third Conference on the Humanitarian Impact of Nuclear Weapons to be hosted by Austria in Vienna, December 8-9, 2014, and to press the other nuclear weapon states to do likewise; and

BE IT FURTHER RESOLVED, that the U.S. Conference of Mayors calls on the U.S. to participate constructively and in good faith in urgent commencement of negotiations in the Conference on Disarmament for the early conclusion of a comprehensive convention on nuclear weapons, and to press the other nuclear weapon states to do likewise; and

BE IT FURTHER RESOLVED, that the U.S. Conference of Mayors commends the Republic of the Marshall Islands for calling to the world’s attention the failure of the nine nuclear-armed states to comply with their international obligations to pursue negotiations for the worldwide elimination of nuclear weapons, and calls on the U.S. to respond constructively and in good faith to the lawsuits brought by the RMI; and

BE IT FURTHER RESOLVED, that the U.S. Conference of Mayors calls on the U.S. to demonstrate a good faith commitment to its disarmament obligation under Article VI of the NPT by commencing a process to negotiate the global elimination of nuclear weapons within a timebound framework, under strict and effective international control, at the May 2015 NPT Review Conference, and to press the other nuclear weapon states to do likewise; and

BE IT FURTHER RESOLVED, that the U.S. Conference of Mayors urges President Obama to engage in intensive diplomatic efforts to reverse the deteriorating U.S. relationship with Russia; and

BE IT FURTHER RESOLVED, that the U.S. Conference of Mayors calls on the President and Congress to reduce nuclear weapons spending to the minimum necessary to assure the safety and security of the existing weapons as they await disablement and dismantlement, and to redirect those funds to meet the urgent needs of cities; and

BE IT FURTHER RESOLVED, that the U.S. Conference of Mayors calls on its membership to proclaim September 26 in their cities as the International Day for the Total Elimination of Nuclear Weapons and to support activities to enhance public awareness and education about the threat posed to humanity by nuclear weapons and the necessity for their total elimination; and

BE IT FURTHER RESOLVED, that the U.S. Conference of Mayors welcomes the appointment of Akron, Ohio and Mayor Donald Plusquellic as a Mayors for Peace regional lead city, and encourages all U.S. mayors for join Mayors for Peace; and

BE IT FURTHER RESOLVED, that the U.S. Conference of Mayors expresses its continuing support for and cooperation with Mayors for Peace.