Republic of the Marshall Islands

I have the honor to speak on behalf of the Marshall Islands.

The Marshall Islands wishes to thank Mexico for holding the recent Second Conference on the Humanitarian Impact of Nuclear Weapons, and the Marshall Islands is also proud to have joined 124 other nations in the Joint Statement on the Humanitarian Consequences of Nuclear Weapons, delivered by New Zealand before the UN General Assembly’s First Committee last October. 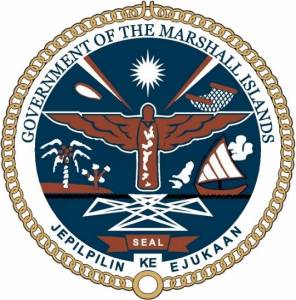 The Marshallese people have one of the most important stories to tell regarding the need to avert the use of nuclear weapons, and one which should spur far greater efforts for nuclear disarmament.

I must remind this meeting that it was ultimately under the status and administration of the United Nations, as a UN Trust Territory, that the Marshall Islands was used as a nuclear testing ground. Indeed, the only instance I am ever aware of in which the UN specifically authorized testing and use of nuclear weapons is under UN Trusteeship Resolution 1082, adopted in 1954, and UN Trustee Resolution 1493 adopted in 1956. We experienced 67 nuclear tests between 1946 and 1958 – at a scale of 1.6 Hiroshima shots every day for twelve years. This is not only a historical issue but one whose consequences remain with us today as a burden which no nation, and which no people, should ever have to carry. It was the experience in the Marshall Islands of nuclear testing which ultimately served to shock the world into pursuing not only non-proliferation but ultimate disarmament.

I have not come here today with any intent to air out bilateral issues with the former UN administering power, the United States, which conducted these tests. The facts speak for themselves, they have been recognized by the leaders of the Pacific Islands Forum, and most importantly by the 2012 report of the UN Special Rapporteur. It will be rightly in Geneva at the UN Human Rights Council, including through its Universal Periodic Review, where human rights issues will be raised in full.

Rather, I have come here today to ask if it must be the Marshall Islands that again reminds the United Nations, and particularly its member states, of the risks and consequences of nuclear weapons?

Ministers and Disarmament Ambassadors and experts have gathered here from around the world with the serious responsibility to achieve ultimate disarmament under the NPT – but I must ask how many people in this room, here today, have personally witnessed nuclear detonations?

I, for one, have – I am a nuclear witness and my memories from Likiep atoll in the northern Marshalls are strong. I lived there as a young boy for the entire 12 years of the nuclear testing program, and when I was 9 years old, I remember vividly the white flash of the Bravo detonation on Bikini atoll, 6 decades ago in 1954, and one thousand times more powerful than Hiroshima – and an event that truly shocked the international community into action.

The UN Trusteeship resolutions and documents on the nuclear tests in the Marshall Islands are fading as the yellowing pages crumble in your fingers – some of them are missing altogether – but our Marshallese memories and experience have not faded. It is as though the world has lost true focus of this nuclear threat as if it is treated in passing as a casual risk, and not a dire and grave threat. I challenge the other NPT member states to prove wrong my skepticism.

Like so many other nations, the Republic of the Marshall Islands also believes that the awareness of the catastrophic consequences of nuclear weapons must underpin all approaches and efforts towards nuclear disarmament. It is in the interest of the very survival of humanity that nuclear weapons are never used again, under any circumstances – and the truly universal way to accomplish this is through the total elimination of such weapons, including through fulfilling the objectives of the NPT and achieving its universality. It should be our collective goal as the United Nations, and as Parties to the NPT, to not only stop the spread of nuclear weapons, but also to pursue the peace and security of a world without them.

The Marshall Islands urges all NPT members to achieve the treaty’s obligations – this is not an issue of bloc politics, it is an issue of collective security. If the treaty’s goal from over 45 years ago is no less relevant today, than it seems this relevance is not fully matched by political will and adequate progress. We have seen almost five decades of an endless cycle of promises and further promises.

The 2010 NPT Action Plan – adopted by consensus – is an important benchmark against which everyone is measuring progress in implementing the NPT through specific and often time-bound actions. But this Action Plan is also likely to reveal serious and grave shortcomings in implementation – it should be beyond any question that legal obligations remain unfulfilled, that under the NPT’s defining purpose, and after decades of diplomacy, we are all still so far from the end conclusion.

Disarmament is only possible with political will – we urge all nuclear weapons states to intensify efforts to address their responsibilities in moving towards an effective and secure disarmament. The Marshall Islands affirms important bilateral progress amongst nuclear powers – but further underscores that this still falls short of the NPT’s collective and universal purpose. International law – and legal obligations – are not hollow and empty words on a page, but instead the most serious form of duty and commitment between nations, and to our collective international purpose.

It is for this reason why I have participated as a co-agent in recent filings at the International Court of Justice and elsewhere against the world’s major nuclear powers. Those that make binding obligations within international treaties, and those who are bound by customary international law, must and will be held accountable for the pursuit of those commitments and obligations.

Further, while the Marshall Islands recognizes the valid right of all States Parties to use nuclear energy for peaceful purposes under relevant NPT articles, this is an obligation that only exists with the highest standards of safety and security. The Marshall Islands underscores that these rights exist not only in any false cover or inarguable abuse. Moreover, the NPT itself is not a light switch to be turned on and off at convenience – States must be held to full accountability for violations of the Treaty or in abusing withdrawal provisions – a matter of concern for every nation, and the wider global community that defines us all.

The Marshall Islands is not the only nation in the Pacific, nor the world, to be touched by the devastation of nuclear weapons testing. The support of the Republic of the Marshall Islands for a nuclear-free Pacific has long been clouded by other agreements, and we are encouraged that the United States has provided a new perspective on the Rarotonga Treaty’s protocols. We express again our aspirations to join with our Pacific neighbors in supporting a Pacific free of nuclear weapons in a manner consistent with international security.

Thank you, and kommol tata.