January 9, 2017 (Washington, D.C.)—The Republic of the Marshall Islands and its former Foreign Minister, Tony de Brum, were just awarded the “2016 Arms Control Person of the Year.” Over 1,850 individuals from 63 countries participated in the selection.

Ten individuals and groups were nominated by the staff of the Arms Control Association for their leadership in advancing effective arms control, nonproliferation, and disarmament solutions or for raising awareness of the threats posed by mass casualty weapons during the past year.

The government of the Marshall Islands and Ambassador de Brum were nominated for pursuing a legal case at the International Court of Justice in The Hague against the world’s nuclear-armed nations for their failure to initiate nuclear disarmament negotiations in violation of Article VI of the 1968 nuclear Nonproliferation Treaty (NPT) and customary international law.

“The nomination of the Marshall Islands and Ambassador de Brum and the many votes they received reflects the concern and frustration expressed by many non-nuclear weapon states about the unacceptable consequences of nuclear weapons use, the slow pace of nuclear disarmament, and the growing risks of renewed global nuclear competition,” noted Kingston Reif, director of disarmament and threat reduction at the Arms Control Association.

The people of the Marshall Islands were subjected to 67 U.S. atmospheric nuclear test explosions from 1946 to 1958. The largest of these tests was 1,000 times stronger than the nuclear bomb dropped on Hiroshima in 1945 and resulted in immeasurable suffering and emotional and physical trauma to the islanders. Tony de Brum, just nine years old at the time of the testing, said: “After seeing what mere testing of these terrible weapons of mass destruction can do to human beings, it makes sense for the Marshallese people to have implored the nuclear weapon states to begin the hard task of disarmament. All we ask is that this terrible threat be removed from our world.”

In October, the 16-member court issued their rulings which upheld the arguments of the nuclear states that the Court lacked jurisdiction in two 9-7 votes in the cases of India and Pakistan and in an 8-8 vote in the case of the UK. India, Pakistan, and the UK were the only states to participate

in the lawsuits because the other nuclear-armed states do not recognize the court’s compulsory jurisdiction to adjudicate disputes between states. Despite the court decisions, the cases brought the frustratingly slow pace of disarmament negotiations to the world’s attention.

David Krieger, President of the Nuclear Age Peace Foundation, a consultant to the Republic of the Marshall Islands in their lawsuits, commented: “We are proud and excited that Tony de Brum and the government of the Marshall Islands have received this important recognition for their courageous actions. They have demonstrated that when it comes to international security, small countries can make a big difference.”  He continued, “I’ve known Tony de Brum for nearly fifty years and he has been persevering in the pursuit of peace and planetary well-being. He has been a passionate advocate for his people and the people of the world. He and the government of the Marshall Islands are most deserving of this award.”

The runner-up in the vote for the 2016 Arms Control Persons of the Year were the foreign ministers of Austria, Brazil, Ireland, Mexico, Nigeria, and South Africa. They had jointly secured adoption of UN Security Council resolution L.41 “to convene in 2017 a United Nations conference to negotiate a legally binding instrument to prohibit nuclear weapons, leading towards their total elimination.”

The second runner up was former U.S. Secretary of Defense William J. Perry for his continuing efforts to draw attention to the risk of renewed nuclear weapons competition and calling for restraint. Secretary Perry launched in 2016 a new online course on nuclear weapons and authored a new book, My Journey at the Nuclear Brink. A list of all 2016 nominees is available at https://armscontrol.org/acpoy/2016

If you would like to interview David Krieger, President of the Nuclear Age Peace Foundation, please contact Sandy Jones at sjones@napf.org or (805) 965-3443.

Founded in 1982, the Nuclear Age Peace Foundation’s mission is to educate and advocate for peace and a world free of nuclear weapons and to empower peace leaders.  The Foundation is a non-partisan, non-profit organization with consultative status to the United Nations and is comprised of individuals and groups worldwide who realize the imperative for peace in the Nuclear Age.  For more information, visit www.wagingpeace.org. 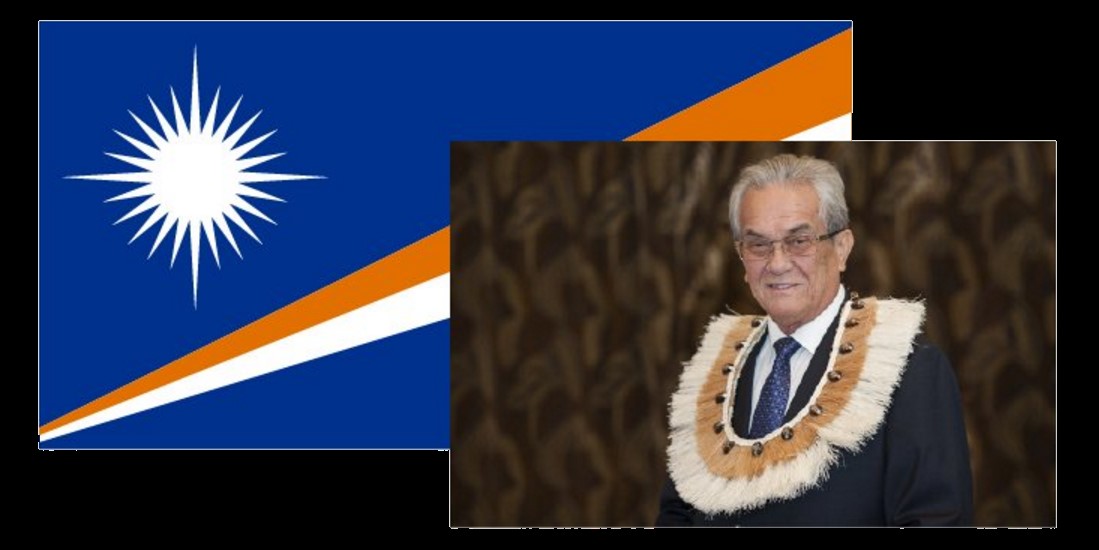 The Marshall Islands and Ambassador de Brum were nominated for pursuing a formal legal case against the world’s nuclear-armed states for failing to meet their obligations under the NPT.