International Law and First Use of Nuclear Weapons 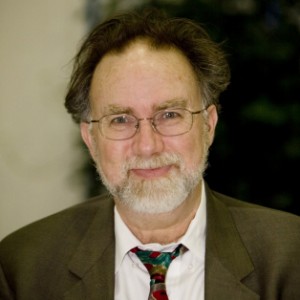 International law is part of the law of the land in the United States under the Constitution and decisions of the Supreme Court. The Department of Defense acknowledges that military operations must comply with the international law of armed conflict. The question of how international law applies to first use of nuclear weapons is therefore highly pertinent.

The use of force of any kind is permitted under the United Nations Charter—a treaty to which the United States is a party—in only two circumstances: when directed or authorized by the UN Security Council or in the exercise of individual or collective self-defense in response to an armed attack. It is worth stressing that Security Council resolutions regarding the North Korean situation contain no hint of an authorization of use of force. On the contrary, they emphasize the primacy of diplomacy backed by sanctions.

Since the George W. Bush administration, the United States has also had a doctrine permitting preemptive attacks in self-defense against serious threats, particularly threats related to weapons of mass destruction. This is essentially a doctrine permitting preventive war, although its proponents tend to avoid that term. Under Article 51 of the UN Charter and international law, the extent to which preemptive attacks are permitted is controversial. At the most, globally the majority opinion is that they are legal when in response to the early stages of an armed attack by the enemy. Anything beyond that is in my view an illegal preventive war.

Is the first use of nuclear weapons legal under international law? I begin my analysis with broad requirements of necessity and proportionality, applying particularly to the initiation of war but also throughout its conduct. Those requirements are inherent in a rational and lawful approach to war, an approach that seeks to avoid conflict and, when it occurs, to limit its extent and to make possible the restoration of peace.

The requirement of necessity in a sense speaks for itself. Military action must involve the application of the least amount of force required for purposes of self-defense. If a less destructive option is available for responding to an attack, it must be chosen. This has obvious implications for the choice between nuclear weapons and conventional weapons.

Under the requirement of proportionality, the force employed in responding to an attack must not be excessive in relation to the scale of that attack. It must also be rationally related to the purposes of self-defense. When it comes to nuclear weapons, it is especially important that the risk of escalation is part of the proportionality calculus, as the International Court of Justice held in its 1996 Advisory Opinion. The implications are clear for first use of nuclear weapons against a nuclear-armed enemy.

Next, consider legal requirements applicable to particular military operations. A 2013 Report on Nuclear Employment Strategy submitted to Congress by the secretary of defense stated: “The new guidance makes clear that all plans must also be consistent with the fundamental principles of the Law of Armed Conflict. Accordingly, plans will, for example, apply the principles of distinction and proportionality and seek to minimize collateral damage to civilian populations and civilian objects. The United States will not intentionally target civilian populations or civilian objects.”

It is certainly to the good that the United States accepts that under the principle of distinction, civilians and civilian infrastructure may not be attacked. But what is missing is an acceptance of the prohibition of indiscriminate attacks. The essentials of that prohibition are well stated in a 2007 Joint Chiefs of Staff publication: “Attackers are required to only use those means and methods of attack that are discriminate in effect and can be controlled.” (my emphasis).

The omission of the prohibition of indiscriminate attacks in the above-cited 2013 guidance probably reflects the fact that it is extremely difficult, if not impossible, for nuclear weapons to be used in a way that is “discriminate in effect” and “controlled.” That consideration played a key role in the International Court of Justice’s 1996 Advisory Opinion, which stated that under the fundamental principle of distinction, states must “never use weapons that are incapable of distinguishing between civilian and military targets.” The Court found that “in view of the unique characteristics of nuclear weapons,” their use “seems scarcely reconcilable with respect” for that requirement.

Because it involves a balancing of costs and benefits, the requirement of proportionality in attack as such may not be understood to rule out all possible uses of nuclear weapons. Imagine a situation in which an enemy is believed to be on the verge of launching nuclear forces and it is believed that only a preemptive nuclear attack can prevent or limit such a launch.

This scenario first of all demonstrates why nuclear-armed states must avoid going to war. From a legal standpoint, it remains the case that even if a proportionality calculus is believed to justify use of nuclear weapons, it is unlawful under the prohibition of indiscriminate attacks.

Let me mention other rules significant in this context. They are included in the preamble to the Treaty on the Prohibition of Nuclear Weapons, adopted at a UN Conference in July 2017. The preamble states that the parties base themselves on “rules of international humanitarian law,” which is at the core of the law of armed conflict. In addition to the ones I have discussed, these include the rules on “precautions in attack, the prohibition on the use of weapons of a nature to cause superfluous injury or unnecessary suffering, and the rules for the protection of the natural environment.” The preamble also reaffirms that “any use of nuclear weapons would also be abhorrent to the principles of humanity and the dictates of public conscience.” Those are factors with legal value in international law. The International Campaign to Abolish Nuclear Weapons, which is very good at advocacy, has emphasized “principles of humanity” in explaining the prohibition of use.

The nuclear-weapons-prohibition treaty will enter into legal force when 50 states have ratified it, probably in the next year or two. It will gain increasing authority as a statement of international law binding all states, including nonparties, as its number of parties grows over the years.

In conclusion, the first use of nuclear weapons is at least generally contrary to international law. I say “at least generally” to acknowledge that skeptics love to trot out marginal scenarios where use arguably could be justified, as against a rogue nuclear-armed submarine. First use is also irrational—regardless of the particularities of a given situation—because it would open the door to further uses in other situations and promote proliferation.

The rules I have discussed here also apply to second use of nuclear weapons. It is sometimes asserted that second use would be justified under the doctrine of reprisals. But what that doctrine permits is more restrictive than is generally understood.

The most far-reaching conclusion, which I endorse, is that use of nuclear weapons should never be contemplated in a conflict situation. A more conservative conclusion, in line with existing US doctrine, is that there should be an extremely high threshold for even considering use of nuclear weapons, including with respect to the option of second use. Further, in determining such matters as targets and lethality requirements, minimization of civilian casualties should be an overriding factor, for example by selecting targets in nonurban areas in any second use scenario.

What are the implications for presidential first use? I support the approach of requiring congressional approval, both for engaging in war generally and for first use of nuclear weapons. I suggest that the requirement of complying with international law be written into the legislation.

In an ongoing conflict, where there may be pressures for quick decisions, as in a preemption situation, involvement of the entire Congress may be viewed as impractical. So additional approaches should be considered: for example, a body including the president, some officials, and some members of Congress that would make decisions when speed is deemed necessary. Provision should be explicitly made for the involvement of lawyers charged with upholding compliance with international law.