Nuclear Free World: Is It Just a Dream?

Join NAPF Deputy Director Rick Wayman and Development Director Sarah Witmer for an evening discussion of NAPF’s work for a world free of nuclear weapons, and an update on current events including Iran, North Korea, and the Non-Proliferation Treaty. Rick and Sarah will also discuss NAPF’s work as part of the team that negotiated the 2017 Treaty on the Prohibition of Nuclear Weapons at the UN.

The discussion will be facilitated by Ivana Nikolic Hughes, Director of Frontiers of Science and Senior Lecturer in Discipline in the Department of Chemistry.

The event will take place in Room 209 at Havemeyer Hall on the campus of Columbia University. It is free and open to the public. 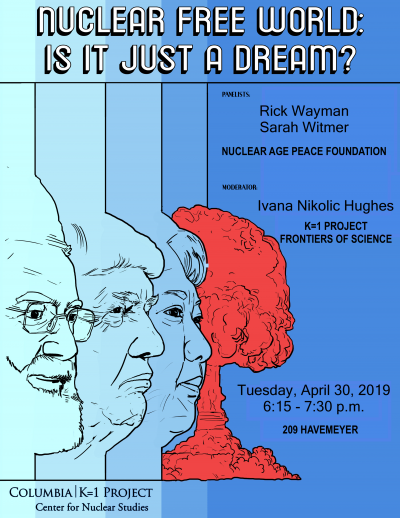