On Saturday, January 20, NAPF Director of Programs Rick Wayman will be giving a talk hosted by the Humanist Society of Santa Barbara.

2017 was full of highs and lows around nuclear weapons: Donald Trump and Kim Jong-un threatened to use nuclear weapons; the United Nations adopted the Treaty on the Prohibition of Nuclear Weapons; the United States continued along its 30-year path to “modernize” its nuclear arsenal at a cost of $1.25 trillion; and the International Campaign to Abolish Nuclear Weapons (ICAN) received the Nobel Peace Prize. One thing is for sure – 2018 will mark an historic turning point in the Nuclear Age. The question is will nuclear weapons be used, or will the world get on the path to Nuclear Zero? 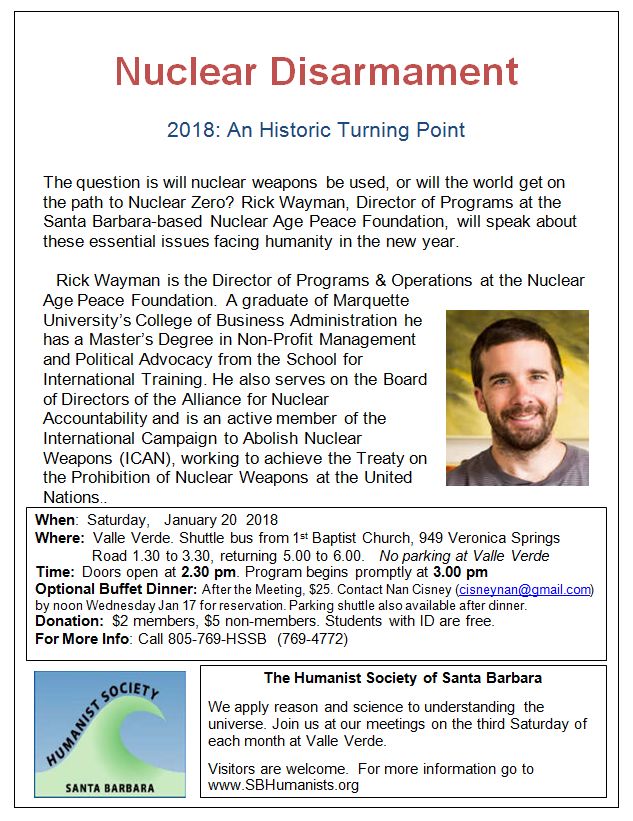