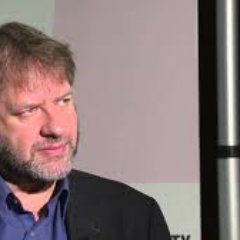 For over 30 years now, I’ve been in dialogue with nuclear-weapon scientists at both the Lawrence Livermore National Lab and the Los Alamos National Lab. If you’re an anthropologist, you always try to be sympathetic to the people you study, to explain to others how their worldview makes sense. Many of these scientists have become friends whom I like and respect. But my writing about these scientists, and about American nuclear culture more generally, also asks how beliefs that seem to me mythical and profoundly mistaken became for weapons professionals and for the broader American public what the French social theorist Roland Barthes calls “falsely obvious.”

Two of these myths are widely subscribed to by both liberals and conservatives. The two myths purport to explain why some countries can be trusted with nuclear weapons and some can never be, and lead many to believe that nuclear weapons protect a liberal democratic international order. They also lead many to take it for granted that the president of the United States can condemn North Korea for testing a missile the very same week that the US tests a ballistic missile, and no one says, “Wait a minute, isn’t that hypocritical? Isn’t there a double standard there?”

What is a democracy? The Oxford English Dictionary definition is it’s “government by the people; that form of government in which the sovereign power resides in the people as a whole and is exercised either directly by them as in small republics of antiquity or by officers elected by them.”

The US Constitution states that “Congress shall have power to declare war, grant letters of marque and reprisal, and make rules concerning captures on land or water.” The OED definition and the US Constitution make clear that in a democracy, one autocratic figure should not have sole authority to declare war. But in reality, as President Nixon famously told a group of congressmen, “I can go in my office and pick up a telephone, and in 25 minutes, millions of people will be dead.” A president of the United States made that boast—there is nothing less democratic. As Elaine Scarry says, “A momentous shift in the nature of government, the home population’s power of and responsibility for self-defense, has been lifted away from them and condensed into the head of government.”

The second myth is that the US is a modern country with the maturity and rationality to possess nuclear weapons, unlike developing countries, and unlike countries in the Global South. I call this way of looking at the world nuclear orientalism. It characterizes countries in Asia, Africa, Latin America as too infantile, too immature, and too irresponsible to be trusted with nuclear weapons.

The frame of nuclear orientalism takes it for granted that Muslim leaders could destroy the world in a fit of fanaticism. Here are some examples, deliberately chosen from both the left and the right. At the Livermore Lab, where I did my fieldwork, I was given a pamphlet that stated, “Smaller nations with deep-seated grievances against each other may lack the restraint that was exercised by the US and the USSR.” Here is Kenneth Adelman, who was an official in the Reagan Administration: “The real danger comes from some miserable Third World country which decides to use these weapons either out of desperation or incivility.”

These comments take it as given that Third World countries are not like us. In that same spirit here is a very recent example from Forbes magazine: “Nuclear weapons are one of those sovereign rights that should not be granted to autocratic leaders. Because of this adherence to core values, global public opinion trusts Western democracies to have nuclear weapons and to use them in a defensive manner.” By contrast, the author of the Forbes article points out that “North Korea’s sovereignty inheres in just one man.” But remember Richard Nixon’s boast that he could exercise a similarly autocratic sovereignty.

Many of these discussions assume that public opinion has a greater force in the West than in developing countries. For example, Bill Potter, a liberal arms control analyst at the James Martin Center for Nonproliferation Studies, has written, “Adverse domestic opinion may also serve as a constraint on the acquisition of nuclear weapons by some nations. Japan, West Germany, Sweden, and Canada are examples of democracies where public opposition could have a decided effect on nuclear weapons decisions. … The fear of adverse public opinion, on the other hand, might be expected to be marginal for many developing nations without a strong democratic tradition.”

What I find fascinating about an expert on nuclear weapons and nuclear history writing this is that Britain, France, and the United States all made the decision to acquire nuclear weapons with absolutely no democratic debate. There was no debate in the public sphere, nor in those countries’ legislatures. These decisions were not subject to democratic decision making, yet even highly informed people continue to take it, falsely, as obvious that they were and are.

And consider US media coverage of India’s and Pakistan’s nuclear tests in 1998. Michael Krepon, the liberal cofounder of the Stimson Center, said that India’s tests “weren’t done for security purposes,” despite the fact that India has a nuclear-armed China on its border. Instead, he said, India tested nuclear weapons “for reasons of domestic politics and national pride. … We have street demonstrations to protest nuclear weapons. They have them to celebrate them.” In other words, the US is serious, India is frivolous.

More recently, the New York Times opined, using language usually reserved for children: “Maybe North Korea is just jealous of all the attention that Iran has been getting as a result of Tehran’s recent nuclear bad behavior and craves a spotlight of its own.” Nor is the New York Times alone in this view: “Whenever the North Koreans act up, one has to assume in part at least that they are trying to get the world’s attention.” That’s from Robert Einhorn, who was special advisor on nonproliferation and arms control to the secretary of state from 2009 to 2013. Cartoons often make these assumptions even more visceral; many portray Kim Jong-un as a child who wants attention and can’t be trusted with nuclear weapons.

Today, our mental architecture is being destabilized because the US has a president who disturbingly resembles the most cartoonish versions of Kim Jong-un; Trump also seems like a child who wants attention and can’t be trusted. The dichotomy between a responsible, mature, rational, democratic United States and autocratic, impulsive, childish, irresponsible North Korea, Pakistan, Iran, or India is breaking down. Since President Trump won the election, students in my classes have begun to say things that they would not have said before. They are starting to ask, “He couldn’t just use the weapons on his own, right? There must be some way of constraining him?” I have to tell them that, in theory at least, he can use the weapons on his own.

Students who used to reject out of hand my arguments about nuclear orientalism are now giving them a second look in the era of Trump, who made comments like this one in a speech to the United Nations: “The United States has great strength and patience but if it is forced to defend itself or its allies we will have no choice but to totally destroy North Korea. Rocket Man is on a suicide mission for himself.” This is an open boast from the president of the United States that he is considering committing genocide.

If we want to move toward a better, safer world, we have to start to realize that Americans have no monopoly on maturity and rationality. We should look in the mirror of Donald Trump and ask ourselves what it says about the United States that it was capable of electing such a human being as president. We should question our own smugness about how safe nuclear weapons are in our leader’s hands. Given that any country can end up with an irrational, autocratic leader at some point, the only world safe from nuclear war is a world where nuclear weapons have been abolished.