Rick Wayman is President & CEO of the Nuclear Age Peace Foundation. He served as NAPF’s Director of Programs & Operations from 2007-17, and as Deputy Director from 2018-19, before taking over as CEO in 2020.

Rick led NAPF’s recent change in vision and mission to reflect the complex realities of our world in 2020.

He has represented NAPF at the United Nations on many occasions, including the negotiations that led to the 2017 Treaty on the Prohibition of Nuclear Weapons. As an active campaigner with the International Campaign to Abolish Nuclear Weapons (ICAN), he provided written and spoken testimony to government negotiators, strengthening the provisions of the treaty. ICAN received the 2017 Nobel Peace Prize for the campaign’s work on this vital treaty.

Rick met with Pope Francis during a Vatican conference on “Perspectives for a World Free From Nuclear Weapons and For Integral Disarmament.” He also led a coalition of over 100 global civil society organizations in support of the Republic of the Marshall Islands in their nuclear disarmament cases against the world’s nine nuclear-armed nations at the International Court of Justice and, separately, against the United States in U.S. Federal Court.

He has a Bachelor’s degree in International Business from Marquette University and a Master’s degree in Non-Profit Management and Political Advocacy from the School for International Training. He is an avid long-distance ocean swimmer during his free time in Santa Barbara, California, where he lives with his wife Ayda — a chef and food stylist — and their daughter Lulu.

“A Nuclear Arms Race Re-Started by Trump Should Terrify Us All,” Los Angeles Times, February 5, 2019

“Trump’s Mideast Legacy Will Be a Hard-Line, More Dangerous Regime in Iran,” Los Angeles Times, May 11, 2018

“No President Should Have the Sole Authority to Launch a Nuclear First Strike,” Los Angeles Times, November 24, 2017

“It Isn’t Enough for Obama to Talk About Nuclear Proliferation at Hiroshima,” Los Angeles Times, May 13, 2016

“I Have to Believe Another World Is Possible,” Santa Barbara News-Press, January 26, 2020 (long-form interview)

“The Coming War on China” film by John Pilger (interviewed) 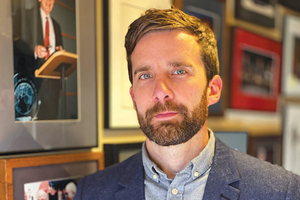 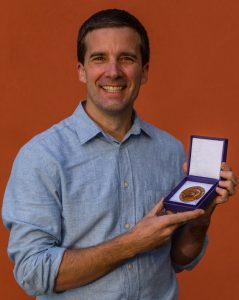 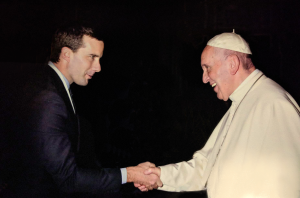