This article was originally published by the Bulletin of the Atomic Scientists. 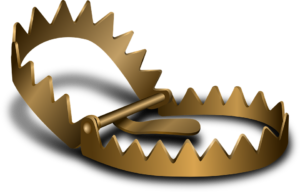 Albert Einstein noted, “Mankind invented the atomic bomb, but no mouse would ever construct a mousetrap.”

We humans have created the equivalent of a mousetrap for ourselves. And we’ve constructed tens of thousands of them over the seven decades of the Nuclear Age.

In the mid-1980s, the world reached a high of 70,000 nuclear weapons, with more than 95 percent of them in the arsenals of the United States and Soviet Union. Since then, the number has fallen to under 15,000. While this downward trend is positive, the world’s nuclear countries possess enough nuclear weapons to destroy the human species many times over.

In 72 years, nuclear weapons have been used only twice in warfare—at Hiroshima and Nagasaki in August 1945. But the United States and Russia have come far too close to using them on many other occasions, including during the tense days of the 1962 Cuban Missile Crisis.

Nuclear weapons pose an extraordinary risk, one that could result in rapid human extinction. Their use could be triggered by malice or mistake. Either way, the consequences would be catastrophic.

Nuclear weapons and human fallibility are an extremely dangerous and volatile mix. These weapons test our morality, our intelligence, and our capacity for species survival.

Nuclear deterrence is not a shield against nuclear weapons. It is a psychological theory about human behavior. If the leaders of nuclear weapon states truly believed in nuclear deterrence, they would not need to build missile defenses for protection against a nuclear attack. And missile defense systems are far from reliable, often failing in test situations. Sometimes, the tests are cancelled because of bad weather or cloud cover. But there is no international treaty requiring nuclear attacks to be conducted only on sunny days.

Late in March 2017, negotiations for a new treaty to ban and eliminate nuclear weapons will begin at the United Nations. Even though most—perhaps all—nuclear-armed countries will not participate in the negotiations, the talks will be extremely significant for clarifying the illegality of the weapons, and for setting new international norms against the threat or use of nuclear weapons.

In the meantime, Donald Trump has tweeted about wanting the United States to “greatly strengthen and expand its nuclear capability”; he’s also told the world that, when it comes to nuclear weapons, he wants the United States to be at “the top of the pack.” In making such statements, he is demonstrating his lack of knowledge about nuclear dangers and, in fact, risking the instigation of a new nuclear arms race.

Rather than understanding, as President Reagan and other nuclear-armed leaders discovered, that “[n]uclear war cannot be won, and must never be fought,” Trump seems intent on building a bigger and better trap for destroying the human species. His bravado is dangerous. Nuclear weapons are equal opportunity destroyers. Although humans invented the atomic bomb, they are not condemned to being caught in its trap. To avoid the trap, people must demand far more of political leaders, including Trump, insisting that they commence good-faith negotiations now for nuclear zero.