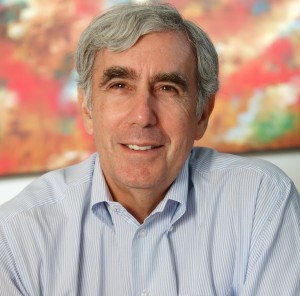 Thank you for being part of a community of peace and a conspiracy of decency.  Let me share a poem (of mine), which I think captures the spirit of Frank Kelly and our lecturer tonight.  It’s titled “A Conspiracy of Decency.”

A CONSPIRACY OF DECENCY

We will conspire to keep this blue dot floating and alive,
to keep the soldiers from gunning down the children,

to make the water clean and clear and plentiful,
to put food on everybody’s table and hope in their hearts.

We will conspire to find new ways to say People matter.
This conspiracy will be bold.

Everyone will dance at wholly inappropriate times.
They will burst out singing non-patriotic songs.

This Lecture Series honors Frank K. Kelly.  He was an extraordinary man, who lived a long and active life.  He was a co-founder of the Nuclear Age Peace Foundation, and served for many years as its Senior Vice President.

Frank had a robust optimism for humanity’s future.  He believed that everyone deserves a seat at humanity’s table, and he sought to do his part to create a world in which dignity and opportunity are accorded to every person.

The Kelly Lecture on Humanity’s Future is a project of the Nuclear Age Peace Foundation.  Its purpose is the exploration and betterment of humanity’s future.  We’ve been fortunate to have had some deeply insightful lecturers, including Dame Anita Roddick, Mairead Corrigan Maguire, Frances Moore Lappe, Daniel Ellsberg and Dennis Kucinich.
Tonight’s lecturer is a man who began his career in the halls of academia, but whose message has traveled far beyond the walls of academia.  He is one of the great public intellectuals of our time.  He is an intelligent man and a decent man.  His concerns and vision transcend national boundaries and encompass the world.

He carries forward the tradition of Socrates, being a gadfly to those who would threaten our common future with their greed, arrogance, and myopic visions.

In our society, Noam Chomsky has become synonymous with speaking truth to power.  He is a truth teller to other intellectuals, to those in positions of power and, most importantly, to the people.

He has repeatedly sounded the warning about humanity’s need to protect our world, ourselves and future generations from environmental degradation, including climate change, and from nuclear weapons and the human fallibility and irrationality of those who control them – or think they do.

Noam Chomsky is a persevering peace leader, and a true and honorable human being.  He helps us to understand the world and its dangers, and inspires us to create a more peaceful and just world.  He honors us with his presence here.

It is my pleasure tonight to present him with the Nuclear Age Peace Foundation’s Lifetime Achievement Award for Distinguished Peace Leadership.