Ukraine and the Danger of Nuclear War

The need for restraint and balance 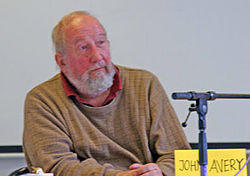 The current situation in Ukraine and the Crimean Peninsula is an extremely dangerous one. Unless restraint and a willingness to compromise are shown by all of the the parties involved, the crisis might escalate uncontrollably into a full-scale war, perhaps involving nuclear weapons. What is urgently required is for all the stakeholders to understand each other’s positions and feelings. Public understanding of the points of view of all sides is also very much needed.

We in the West already know the point of view of our own governments from the mainstream media, because they tell us of nothing else. For the sake of balance, it would be good for us to look closely at the way in which the citizens of Russia and the Crimean Peninsula view recent events. To them the overthrow of the government of Viktor Yanukovitch appears to be another in a long series of coups engineered by the US and its allies. The list of such coups is very long indeed. One can think, for example of the the overthrow Iran’s democratically elected Prime Minister, Mohammad Mosaddegh, or the coup that overthrew Chile’s democratically elected President, Salvador Allende, and replaced him with General Pinochet. There are very many other examples:

For the sake of balance, we should remember that during the Cold War period, the Soviet Union and China also intervened in the internal affairs of many countries, for example in Korea in 1950-53, Hungary in 1956, Czechoslovakia in 1968, and so on; another very long list. These Cold War interventions were also unjustifiable, like those mentioned above. Nothing can justify military or covert interference by superpowers in the internal affairs of smaller countries, since people have a
right to live under governments of their own choosing even if those governments are not optimal.

In the case of Ukraine, there is much evidence that the Western coup was planned long in advance. On December 13, 2013, US Assistant Secretary of State for Europe, Victoria Nuland said: “Since the declaration of Ukrainian independence in 1991, the United States has supported the Ukrainians in the development of democratic institutions and skills in promoting civil society and a good form of government… We have invested more than 5 billion dollars to help Ukraine to achieve these and other goals.” Furthermore, Nuland’s famous “Fuck the EU” telephone call, made well in advance of the coup, gives further evidence that the coup was planned long in advance, and engineered in detail.

Although Victoria Nuland’s December 13 2013 speech talks much about democracy, the people who carried out the coup in Kiev can hardly be said to be democracy’s best representatives. Many belong to the Svoboda Party, which had its roots in the Social-National Party of Ukraine (SNPU). The name  was an intentional reference to the Nazi Party in Germany. According to Der Spiegal’s article about SNPU, “anti-Semitism is part of the extremist party’s platform”, which rejects certain minority and human rights. The article states that in 2013, a Svoboda youth leader distributed Nazi propaganda written by Joseph Goebels. According to the journalist Michael Goldfarb, Svoboda’s platform calls for a Ukraine that is “one race, one nation, one Fatherland”.

The referendum regarding self-determination, which will soon take place in Crimea is perfectly legal according to international law. A completely analogous referendum will take place in Scotland, to determine whether Scotland will continue to be a part of the United Kingdom, or whether the majority of Scots would like their country to be independent. If Scotland decides to become independent, it is certain to maintain very close ties with the UK. Analogously, if Crimea chooses independence, all parties would benefit by an arrangement under which close economic and political ties with Ukraine would be maintained.

We should remember that for almost all the time since the reign of Catherine the Great, who established a naval base at Sevastopol, the Autonomous Republic Republic of Crimea has been a part of Russia. But in 1954 the Soviet government under Nikita Krushchev passed a law transferring Crimea from the Russian Soviet Federative Socialist Republic to the Ukrainian Soviet Socialist Republic. After the dissolution of the Soviet Union, Russia still maintained its naval base at Sevastopol under an agreement which also allowed it to base a military force in Crimea.

It seems to be the intention of the US to establish NATO bases in Ukraine, no doubt armed with nuclear weapons. In trying to imagine how the Russians feel about this, we might think of the US reaction when a fleet of ships sailed to Cuba in 1962, bringing Soviet nuclear weapons. In the confrontation that followed, the world was bought very close indeed to an all-destroying nuclear war. Does not Russia feel similarly threatened by the thought of hostile nuclear weapons on its very doorstep? Can we not learn from the past, and avoid the extremely high risks associated with the similar confrontation in Ukraine today?

Lessons from the First World War

Since we are now approaching the 100th anniversary of the outbreak of the First World War, it is appropriate to view the crisis in Ukraine against the background of that catastrophic event, which still casts a dark shadow over the future of human civilization. We must learn the bitter lessons which World War I has to teach us, in order to avoid a repetition of the disaster.

We can remember that the First World War started as a small operation by the Austrian government to punish the Serbian nationalists; but it escalated uncontrollably into a global disaster. Today, there are many parallel situations, where uncontrollable escalation might produce a world-destroying conflagration.

In general, aggressive interventions, in Iran, Syria, Ukraine, the Korean Peninsula and elsewhere, all present dangers for uncontrollable escalation into large and disastrous conflicts, which might potentially threaten the survival of human civilization.

Another lesson from the history of World War I comes from the fact that none of the people who started it had the slightest idea of what it would be like. Science and technology had changed the character of war. The politicians and military figures of the time ought to have known this, but they didn’t. They ought to have known it from the million casualties produced by the use of the breach-loading rifle in the American Civil War. They ought to have known it from the deadly effectiveness of the Maxim machine gun against the native populations of Africa, but the effects of the machine gun in a European war caught them by surprise.

Today, science and technology have again changed the character of war beyond all recognition. In the words of the Nobel Laureate biochemist, Albert Szent Györgyi, “ The story of man consists of two parts, divided by the appearance of modern science…. In the first  period, man lived in the world in which his species was born and to which his senses were adapted. In the second, man stepped into a new, cosmic world to which he was a complete stranger….The forces at man’s disposal were no longer terrestrial forces, of human dimension, but were cosmic forces, the forces which shaped the universe. The few hundred Fahrenheit degrees of our flimsy terrestrial fires were exchanged for the ten million degrees of the atomic reactions which heat the sun….Man lives in a new cosmic world for which he was not made. His survival depends on how well and how fast he can adapt himself to it, rebuilding all his ideas, all his social and political institutions.”

Few politicians or military figures today have any imaginative understanding of what a war with thermonuclear weapons would be like. Recent studies have shown that in a nuclear war, the smoke from firestorms in burning cities would rise to the stratosphere where it would remain for
a decade, spreading throughout the world, blocking sunlight, blocking the hydrological cycle and destroying the ozone layer. The effect on global agriculture would be devastating, and the billion people who are chronically undernourished today would be at risk. Furthermore, the tragedies of Chernobyl and Fukushima remind us that a nuclear war would make large areas of the world permanently uninhabitable because of radioactive contamination. A full-scale thermonuclear war would be the ultimate ecological catastrophe. It would destroy human civilization and much of the biosphere.

Finally, we must remember the role of the arms race in the origin of World War I, and ask what parallels we can find in today’s world. England was the first nation to complete the first stages of the Industrial Revolution. Industrialism and colonialism are linked, and consequently England obtained an extensive colonial empire. In Germany, the Industrial Revolution occurred somewhat later. However, by the late 19th century, Germany had surpassed England in steel production, and, particularly at the huge Krupp plants in Essen, Germany was turning to weapons production. The Germans felt frustrated because by that time there were fewer opportunities for the acquisition of colonies.

According to the historian David Stevensen (1954 – ), writing on the causes of World War I, “A self-reinforcing cycle of heightened military preparedness… was an essential element in the conjuncture that led to disaster… The armaments race… was a necessary precondition for the outbreak of hostilities.”

Today, the seemingly endless conflicts that threaten to destroy our beautiful world are driven by what has been called “The Devil’s Dynamo”. In many of the larger nations of the world a military-industrial complex seems to have enormous power. Each year the world spends roughly 1,700,000,000.000 US dollars on armaments, almost 2 trillion. This vast river of money, almost too large to be imagined, pours into the pockets of weapons manufacturers, and is used by them to control governments. This is the reason for the seemingly endless cycle of threats to peace with which the ordinary people of the world are confronted. Constant threats are needed to justify the diversion of such enormous quantities of money from urgently needed social projects into the bottomless pit of war.

World War I had its roots in the fanatical and quasi-religious nationalist movements that developed in Europe during the 19th century. Nationalism is still a potent force in todays world, but in an era of all-destroying weapons, instantaneous worldwide communication, and global economic interdependence, fanatical nationalism has become a dangerous anachronism. Of course, we should continue to be loyal to our families, our local groups and our nations. But this must be supplemented by a wider loyalty to the human race as a whole. Human unity has become more and more essential, because of the serious problems that we are facing, for example climate change, vanishing resources, and threats to food security. The problems are soluble, but only within a framework of peace and cooperation.

We must not allow the military-industrial complex to continually bring us to the brink of a catastrophic nuclear war, from which our civilization would never recover. The peoples of the earth must instead realize that it is in their common interest to join hands and cooperate for the preservation and improvement of our beautiful world.